Introduction to the Basin and Range Landscape

US Highway 89 traverses two, quite different segments within the Basin and Range region of the United States. The first part begins at its southern terminus at Nogales and snakes north through the cactus-filled Sonoran Desert, up over juniper-studded lava flows and eventually to the colorful red rocks near Sedona. The stretch between Yarnell and Sedona is technically within a region called (in Arizona), the Transition Zone. This interesting landscape incorporates features from both the Basin and Range and the Colorado Plateau and that is why it is considered transitional between the two. However, in this narrative we will consider the Transition Zone as part of the Basin and Range since it looks more like it than the Plateau. US Highway 89 enters its second segment of the Basin and Range as it spills out of Spanish Fork Canyon near Provo, Utah. The highway skirts Utah Lake and the Great Salt Lake on it’s way to Brigham City, where it turns east towards Logan and enters the Rocky Mountains.

Saguaro National Park
The Basin and Range is a relatively young geologic region which only attained its present form between 25 and 17 million years ago. During this time, the earth’s crust began to be pulled apart in a process known as extension. The exact cause of this extension is not yet completely understood but suffice it to say that this stretching of the crust is what caused the parallel valleys and mountains to form. Before it formed, this region was the site of a large range of mountains, similar in origin to the Andes found in South America today. These ancient mountains may have been 15,000 to 20,000 feet in elevation. As the crust was extended, these mountains floundered down along faults to form the modern topography. 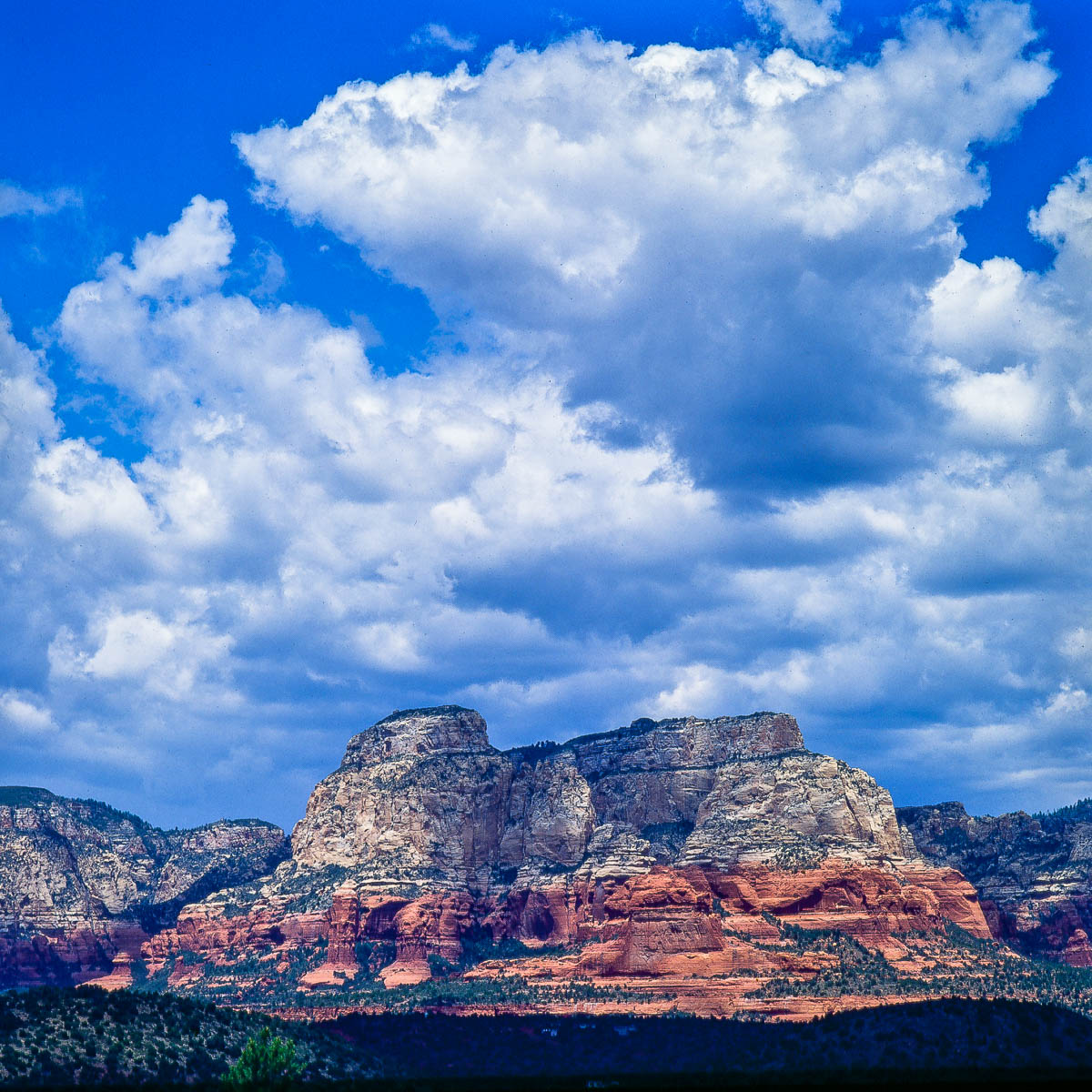 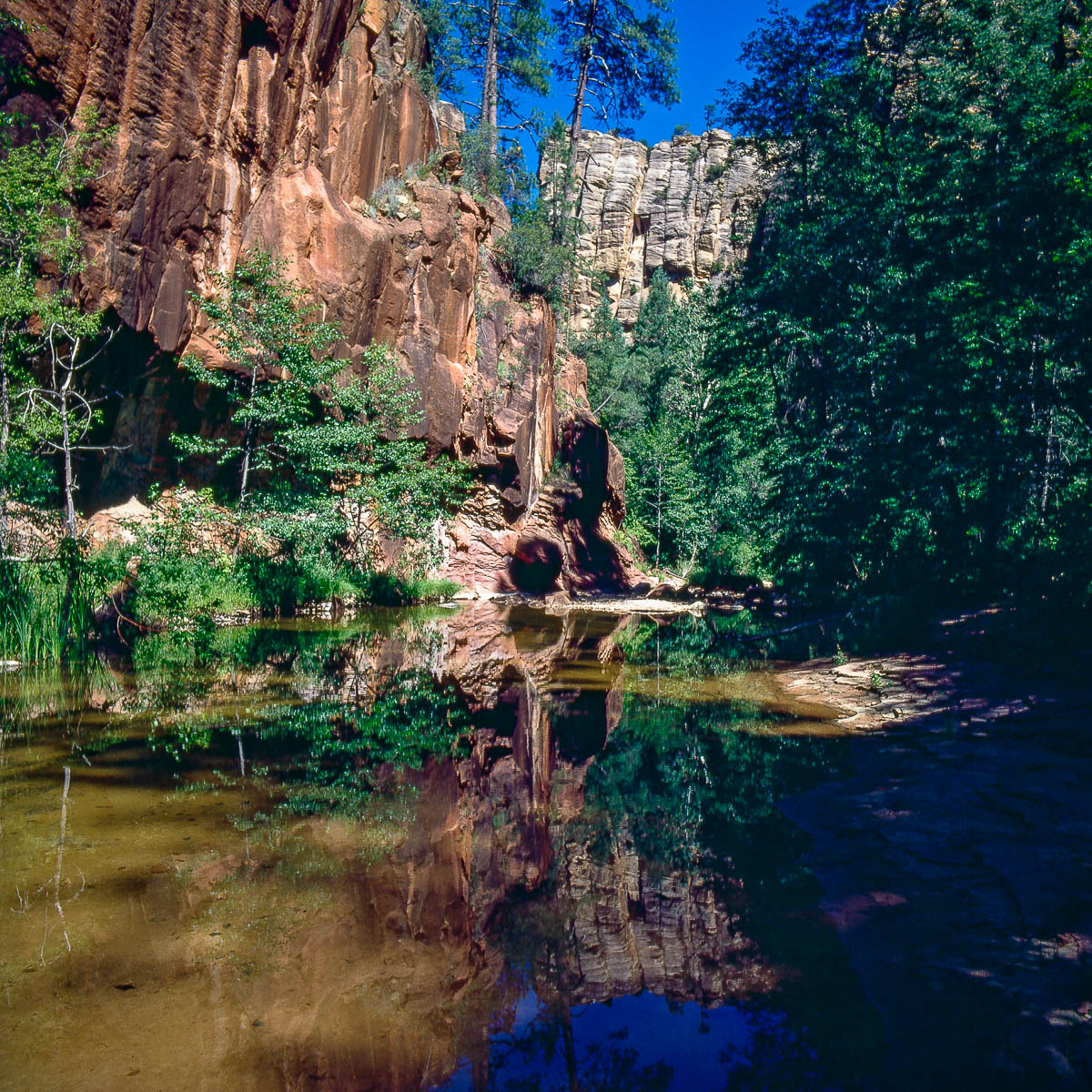 West Fork of Oak Creek
As a result of this faulting, the Basin and Range tends to be a rather low elevation terrain compared to other nearby regions and Highway 89 traverses it’s lowest elevation (at about 1200 feet) where it crosses the Salt River Valley in Phoenix. Between Nogales and Congress, Arizona, the highway takes advantage of easy passage through river valleys and skirts the base of the many ranges. However, beyond Congress road builders constructed one of the most ambitious road alignments in it’s day – the Yarnell grade. This is where Highway 89 enters mountain country as it ascends the west side of the Bradshaw Mountains. The “White Spar” south of Prescott is a winding, tortuous route on the flanks of a granite outcrop.
North beyond Prescott, the highway divides in two, with the main alignment going north and east to Ash Fork and Williams respectively. The more interesting segment however, is Highway 89A which rises over the volcanic hulk of Mingus Mountain, then descends precipitously to Jerome and its fabulously rich copper mines. From here there is a further descent across the Verde Fault and into the Verde Valley, where the highway passes the prehistoric ruins of Tuzigoot and courses on to Sedona and the colorful Mogollon Rim. When the red rocks come into view, one has reached the end of Arizona’s portion of the Basin and Range. 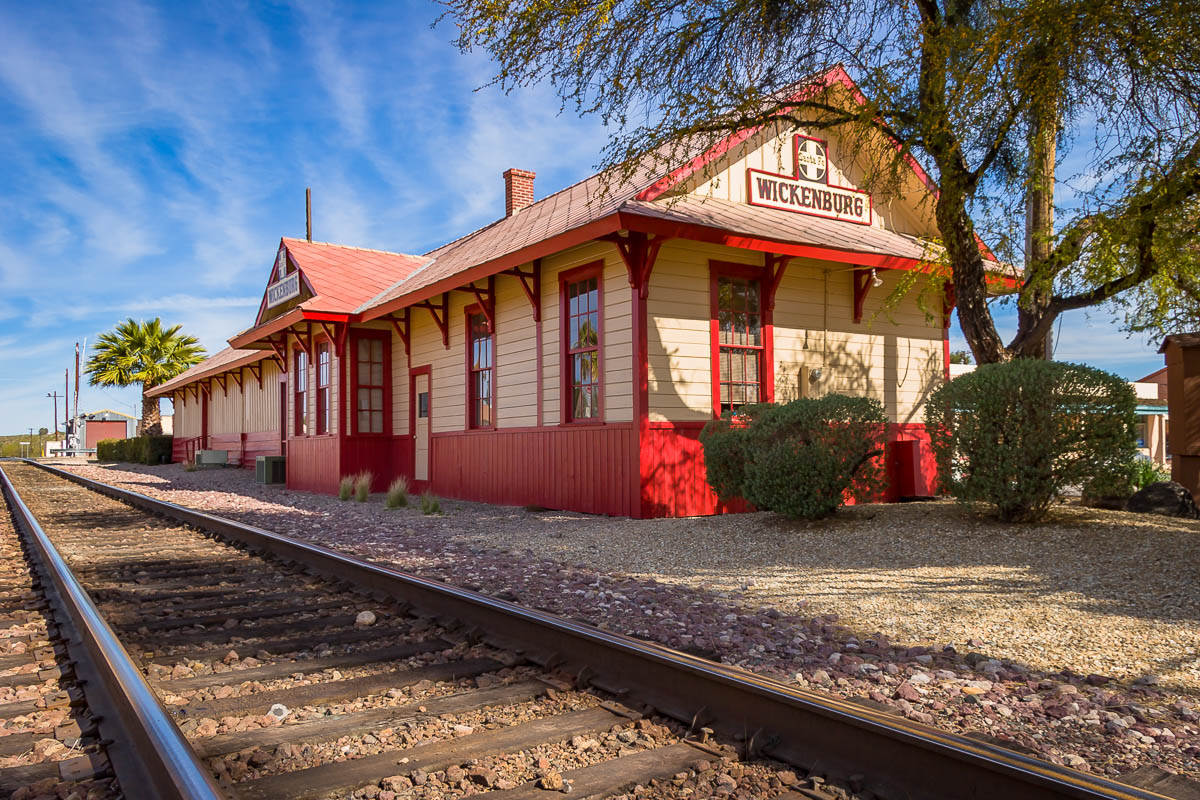 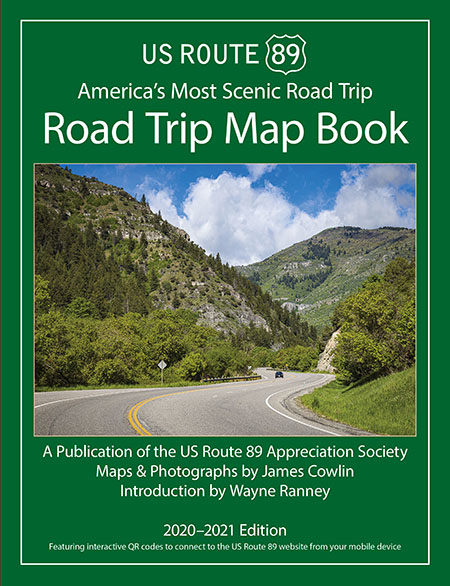 Buy now
Wayne Ranney is a guide, educator, and author who specializes in making the diverse landscapes and geologic history of our planet come alive for curious and interested travelers. Trained as a professional geologist in the American Southwest, he is an adjunct faculty member at Coconino Community College in Flagstaff and frequently travels to exotic landscapes worldwide. His primary interests are in understanding landscape development through time and how human cultures intersect with these landscapes. This confluence of landscapes and cultures has, in many instances, helped to determine the course of human history.
Select to view Road Trip Guides by geographic region or state. 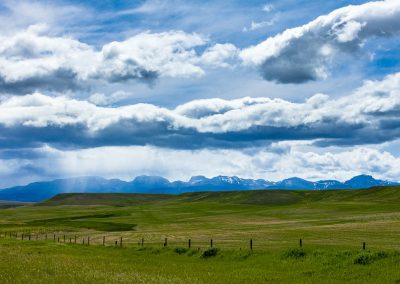 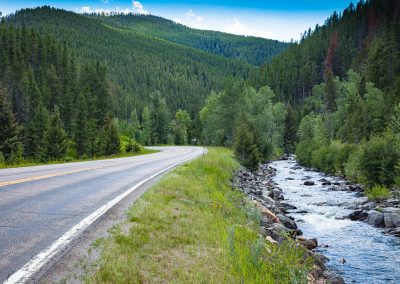 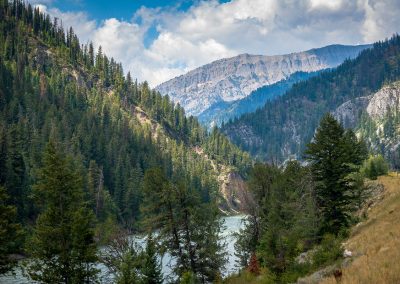 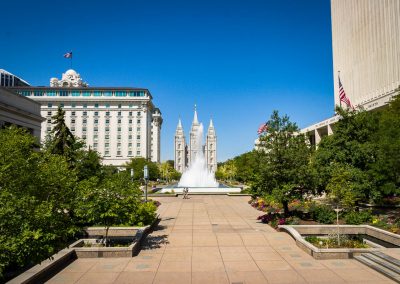 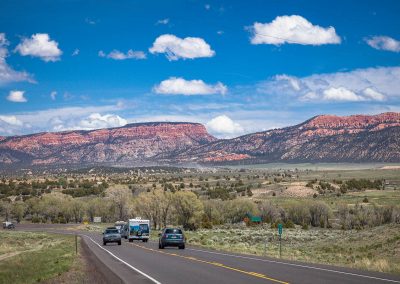 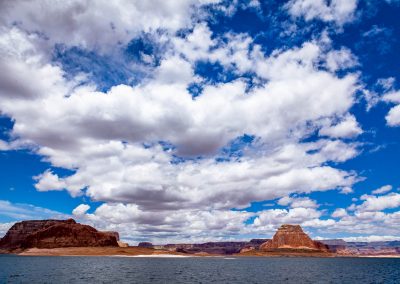 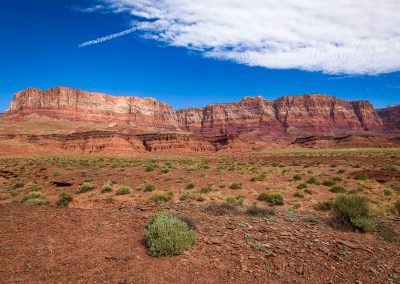 US 89A-Bitter Springs to Kanab 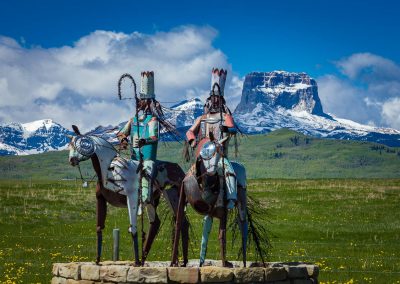 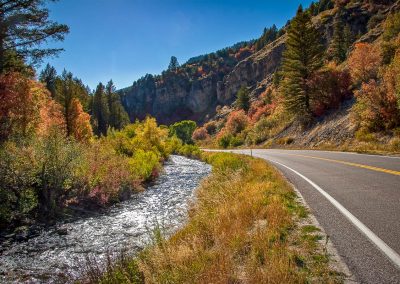 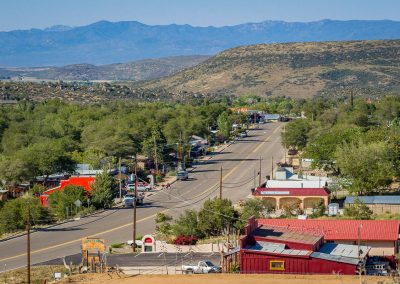 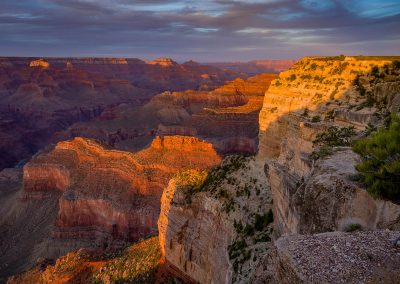 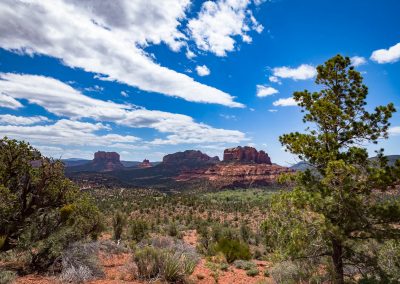 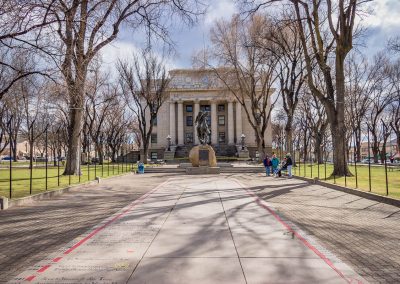 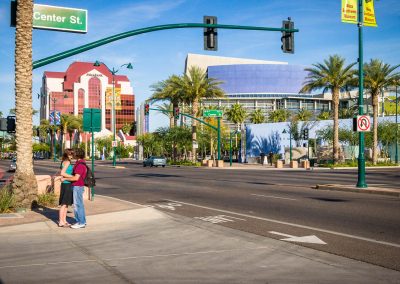 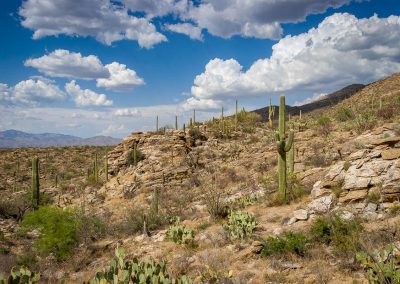 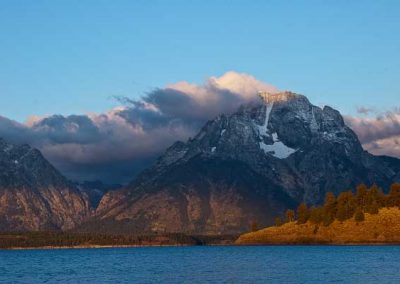 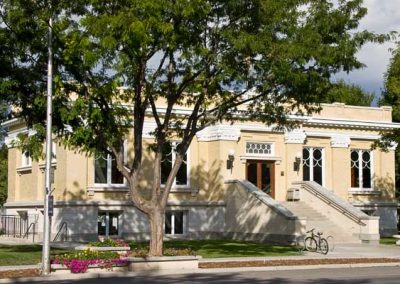 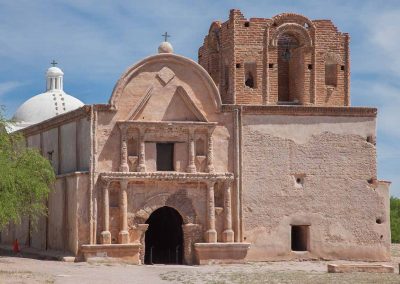