US 89A Bitter Springs to Kanab

The original route of 89 was across the Kaibab Plateau from Bitter Springs to Kanab. With the construction of a bridge over the Colorado River at the Glen Canyon Dam, this section was designated as an alternative route. From Bitter Springs, 89A goes north to Navajo Bridge at Lee’s Ferry in Marble Canyon. Completed in 1929, Navajo Bridge opened up travel between Utah and Arizona. It was the only crossing for 600 miles in either direction. In 1995, a new Navajo Bridge was completed alongside the original, open to pedestrians who wish to stroll out on it to stand 470 feet above the Colorado River. From Marble Canyon, US Route 89A follows the Vermilion Cliffs through House Rock Valley, then climbs 2,500 feet onto the Kaibab Plateau. Access to the north rim of the Grand Canyon is along Arizona Route 67, which intersects with 89A at Jacob Lake. This road is closed by snow from late October until sometime in May. Continuing from Jacob Lake, the road descends the west side of the plateau to an isolated area known as the Arizona Strip. In Kanab, 89A rejoins 89. 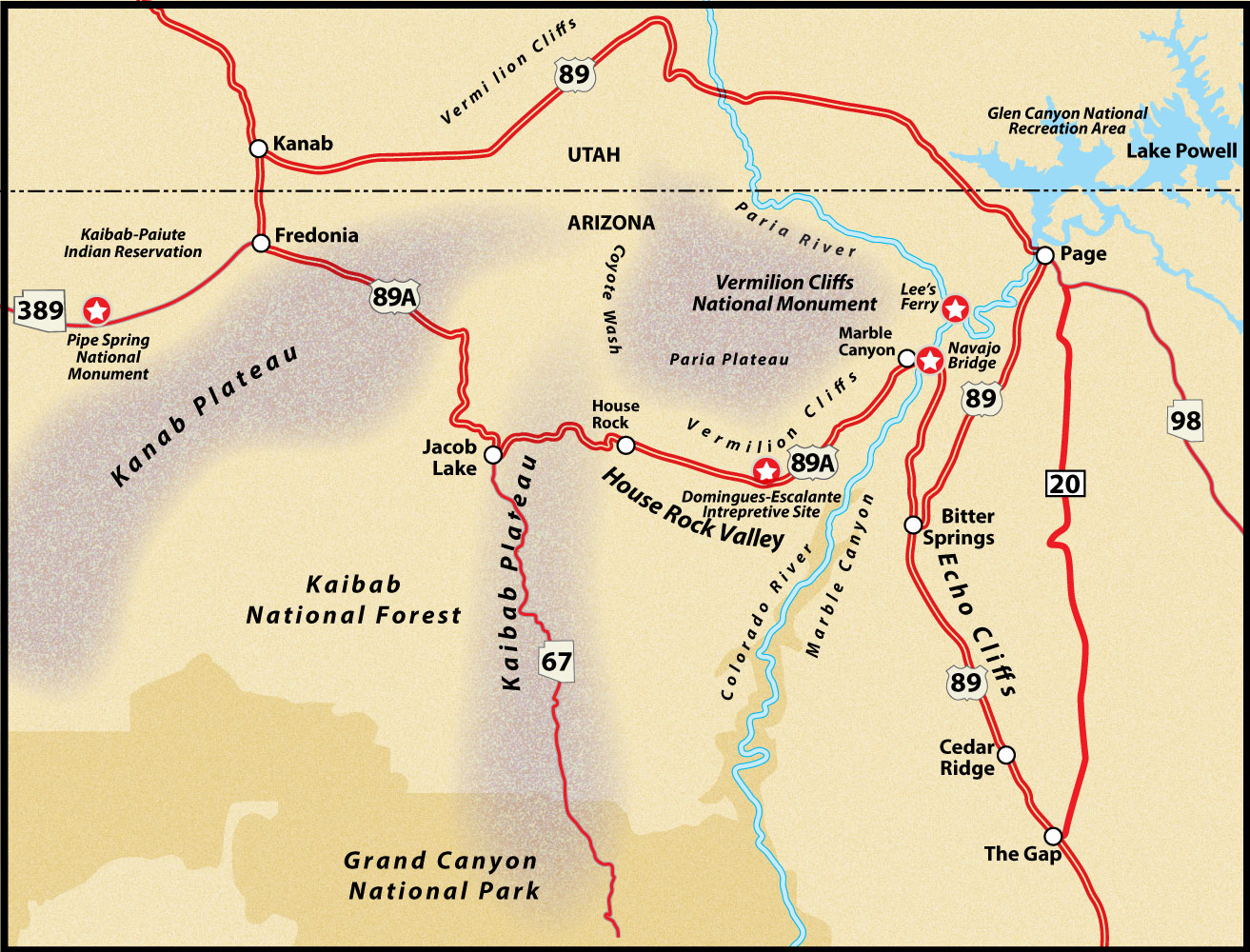 From 1872 until the completion of the Navajo Bridge in 1929, Lee’s Ferry was the only way across the Colorado River for 600 miles. Today, Lee’s Ferry is the launching point for raft trips through the Grand Canyon and for trout fishing upstream to Glen Canyon Dam. The Lonely Dell Ranch was home to the families that operated the ferry and is open for self-guided walking tours. 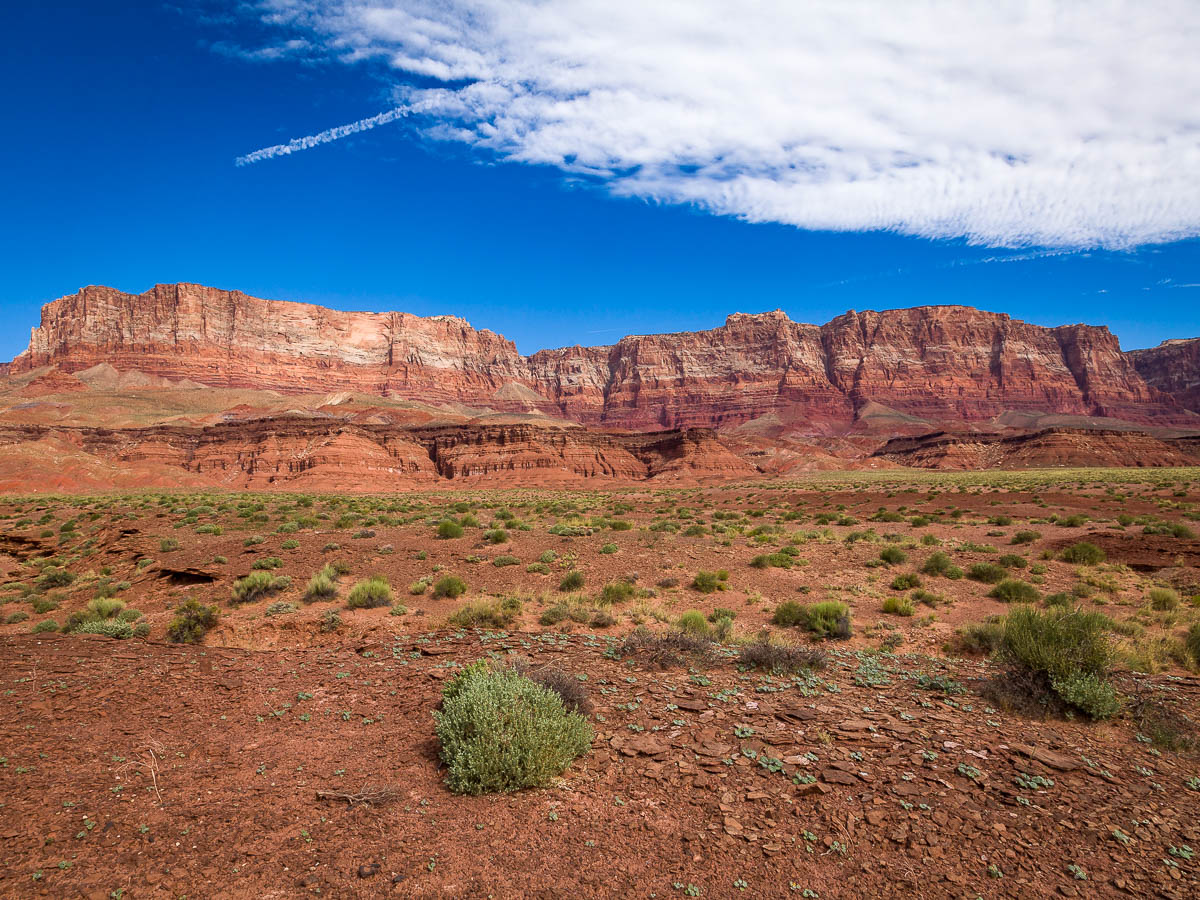 Highway 89A follows the red sandstone Vermilion Cliffs across the House Rock Valley to the edge of the Kaibab Plateau. The 280,000-acre Monument is a geologic treasure, containing a variety of diverse landscapes from the Paria Plateau, Vermilion Cliffs, Coyote Buttes, and Paria Canyon. A California Condor viewing area is located three miles north on House Rock Road at the west end of the valley. 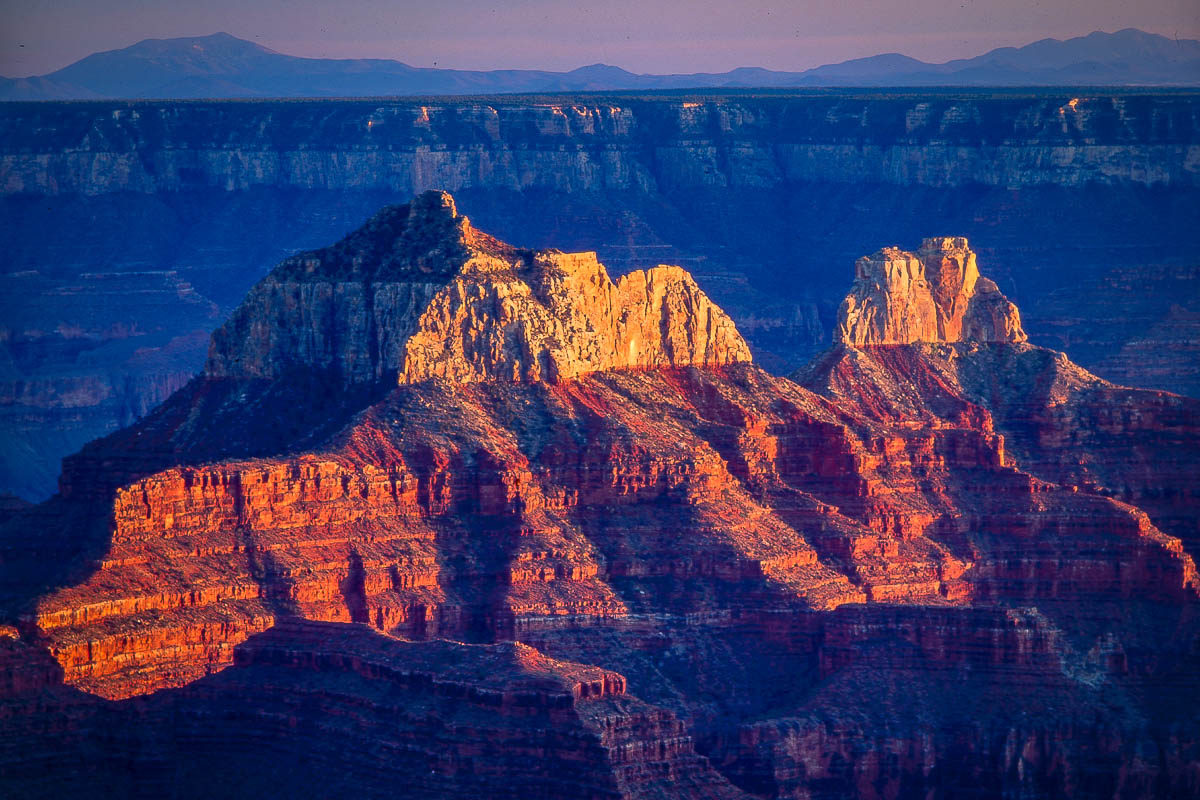 The north rim of the Grand Canyon is forty-five miles south of Jacob Lake via Arizona Route 67. Views of the canyon from the north rim are quite different from the south rim. Because the north rim is higher and erosion has occurred from north to south, the rim is some ten miles from the Colorado River. Thus the view is down long, deep canyons surrounded by towering buttes. Note: the road to the north rim is only open to vehicles from May to October, depending on snow conditions. 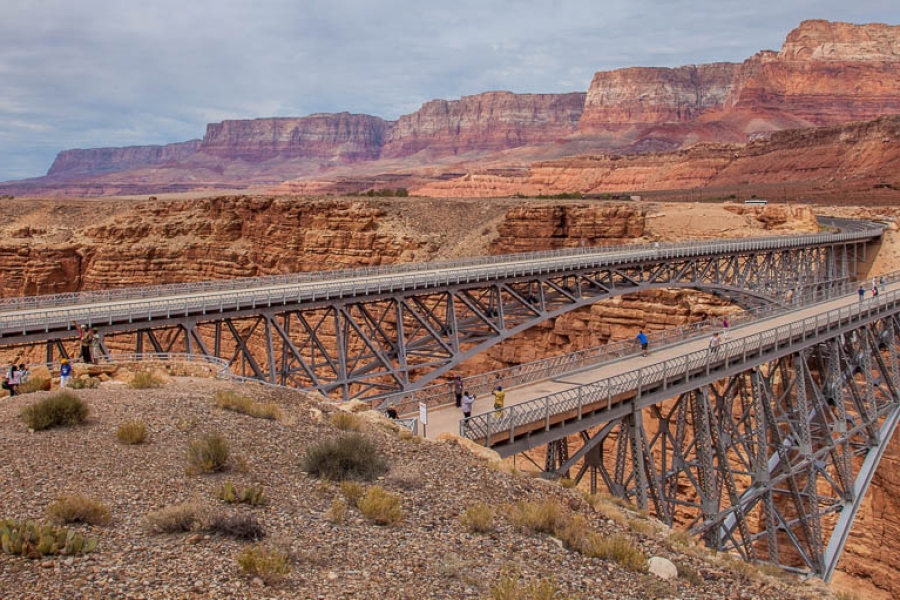 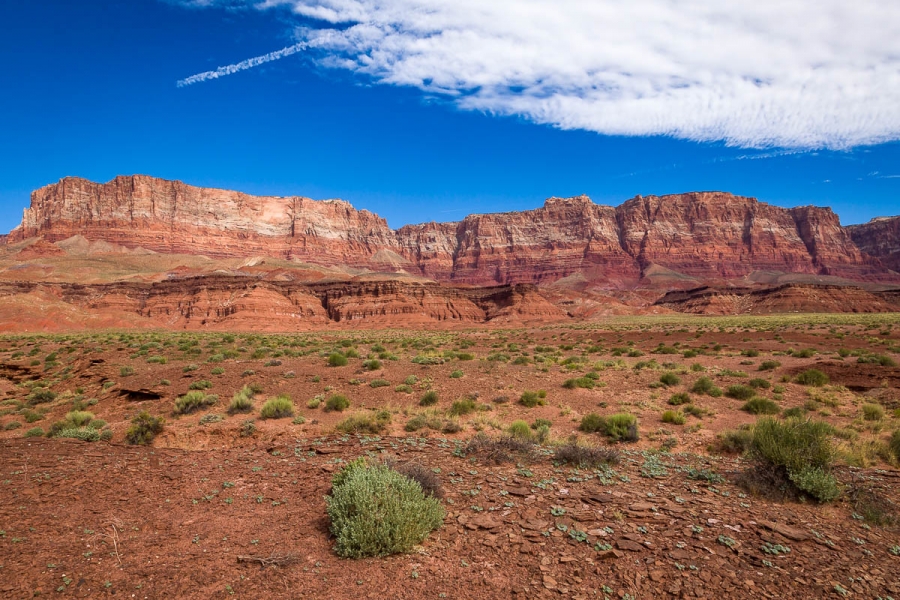 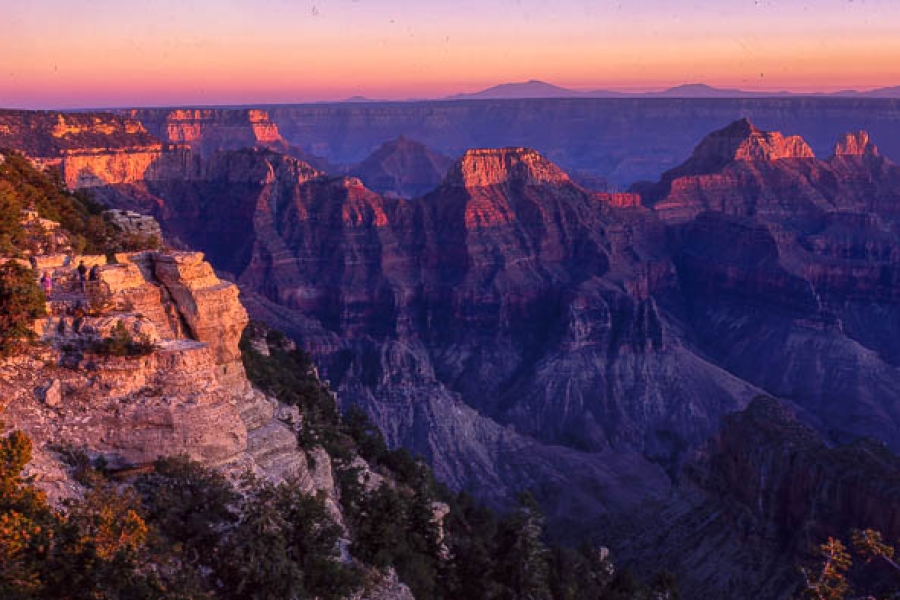 The Flagstaff to Page Road Trip Guide is sponsored by 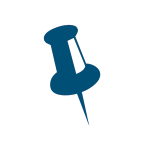 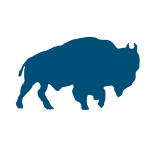 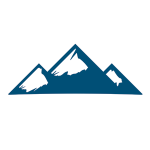 View these articles to find out more about… 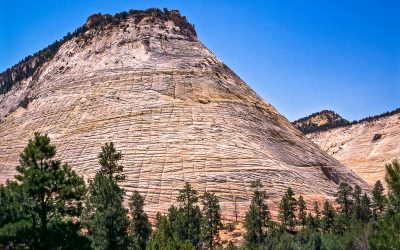 A Western Journey by Thomas Wolfe

Thomas Wolfe was an acclaimed author best know for Look Homeward, Angel. In early 1938, he had just delivered two lengthy manuscripts to his publisher. He was 38 and needed a break from writing so he decided to make a trip out west to a part of the country he had... 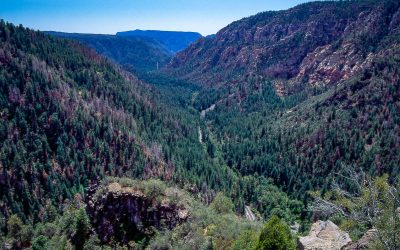 There are two parts of highway 89 that are designated as alternatives. One is an Arizona State Route and the other is a Federal US Route. To add to the confusion both are in Arizona. I get a lot of questions about driving conditions on these roads especially from... 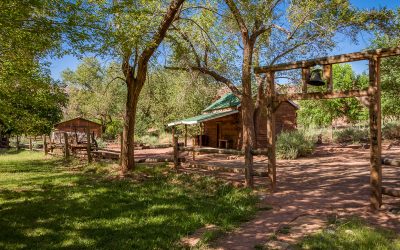 The first time I saw Lonely Dell Ranch at Lee’s Ferry was at the end of a five-day backpack through Paria Canyon. It was a welcome sight, a green oasis among the red rocks. My fellow hikers and I sat at picnic tables in the shade of tall cottonwoods eating lunch and... 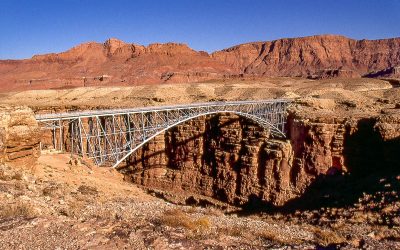 The most unusual, not to mention scary, assignment I had as an industrial photographer was working with an engineering firm inspecting Navajo Bridge. The bridge had been completed in 1929 and by the 1989 was showing its age. The inspection consisted of crawling around... 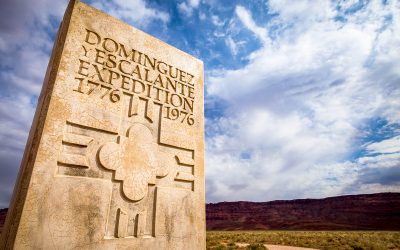 Talk about a road trip. On July 29, 1776, two Franciscan priests, a cartographer and eight men set out from Santa Fe to map an overland route to the missions in California. Francisco Atanasio Domínguez and Silvestre Vélez de Escalante traveled through present day... 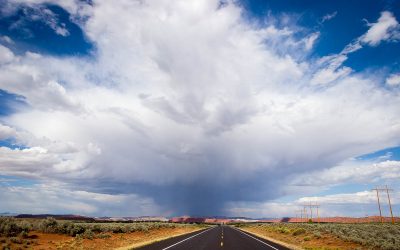 Of all of the questions I am asked about traveling on US Route 89, one of the most frequent is about the two possible drives between Bitter Springs, Arizona and Kanab, Utah. Since both US 89 and 89A are about the same length and take the same time to drive, neither... 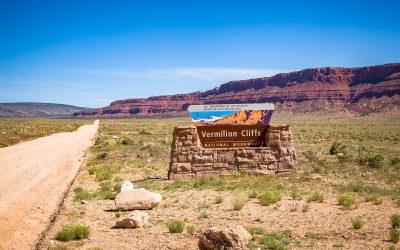 Yesterday we drove the House Rock Road which runs north/south about 30 miles between US 89A in Arizona and US 89 in Utah. The landforms along the road our a geology lesson in how the earth reacts to pressures from within. Here are a series of photos that demonstrate...

Once a month, free, packed with stories and sightseeing tips you won't find anywhere else.