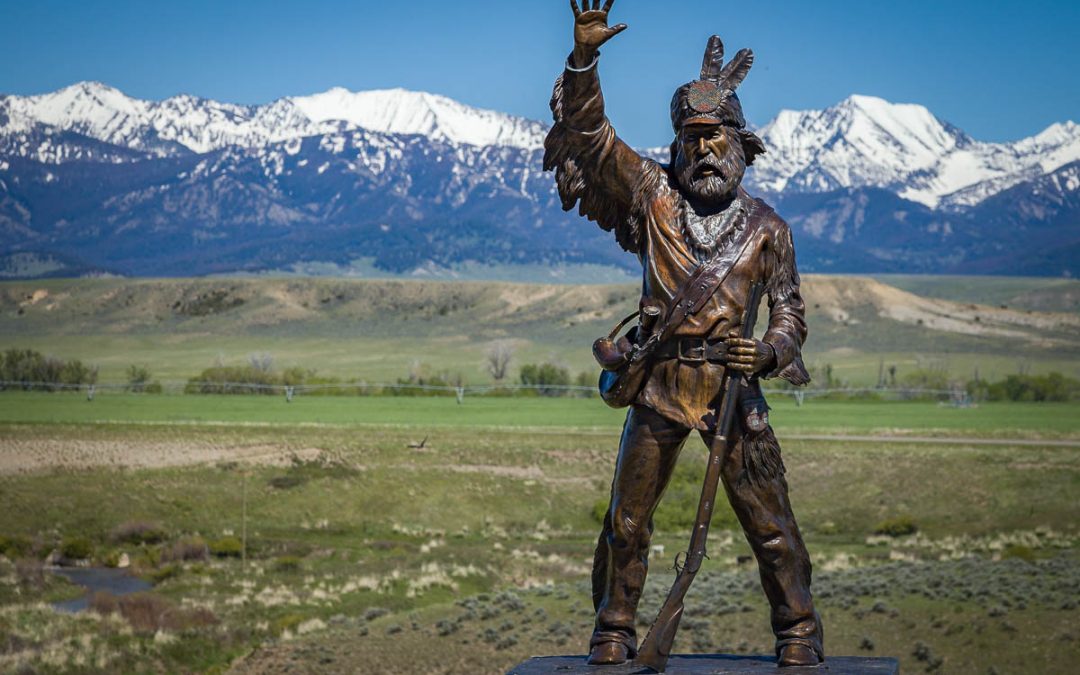 One of the most mythic figures in American history is the mountain man. In the first half of the 19th century, an estimated 3,000 men worked as trappers in the wilderness of the West. To survive many of them adopted the ways of the Indians, wearing buckskin clothing, learning the language and often taking native women as wives.

Perhaps most important for the settlement of the West were the trails that facilitated the transport of furs to market. These trails became roads and the mountain men became guides and scouts as the great westward migration took place beginning in the 1840s. Thanks to their knowledge of the land and their guidance through the perils of the long journey from the Mississippi River to the Pacific Ocean, thousands of emigrants found new homes and opportunities in our growing nation.

To celebrate and commemorate the mountain men, the town of Wilsall, Montana, placed a statue along US Route 89 in the Shields River Valley. The sculpture was created by a local artist, Gary Kerby. The first grade class of 2006-07 received the honor of naming the mountain man depicted—Thunder Jack. 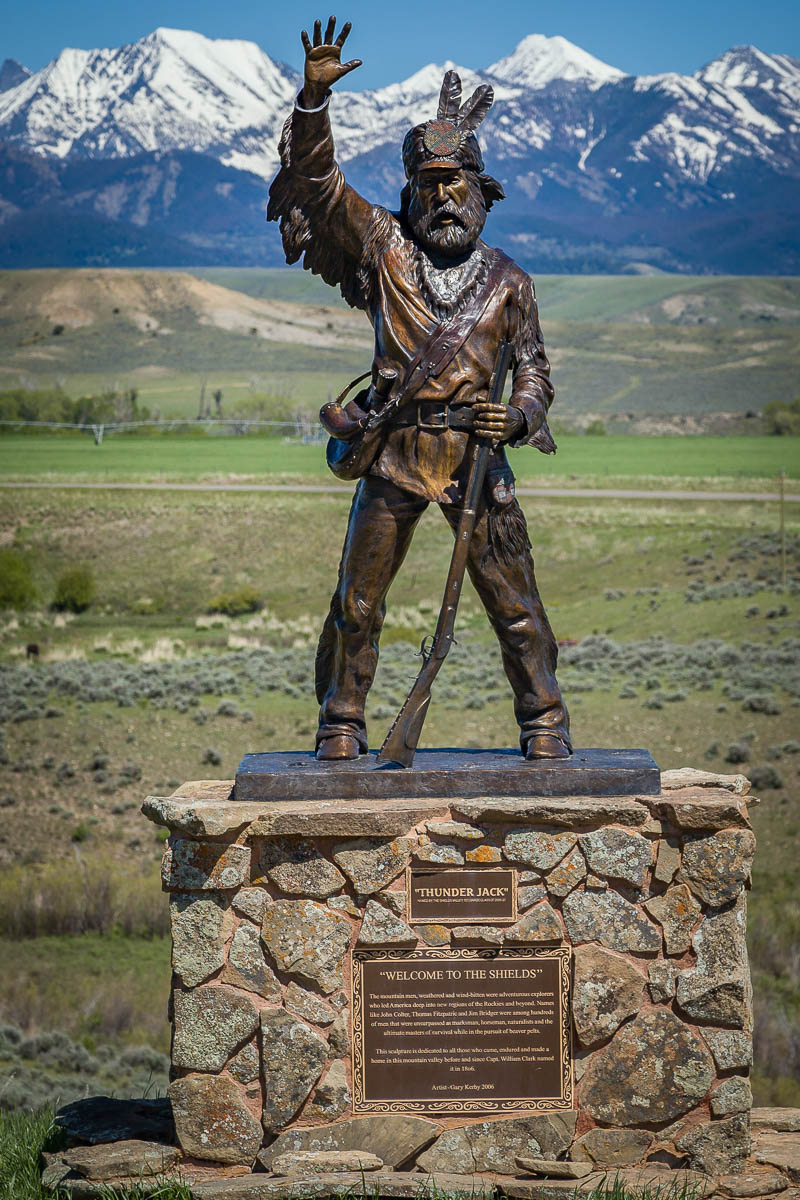 Thunder Jack overlooks Shields River which was named by Captain William Clark of the Lewis and Clark Expedition in honor of John Shields, a member of the party. In July of 1806 on their return trip from the Pacific, the expedition camped near the mouth of the river where it flows into the Yellowstone.

The mountain man Jim Bridger guided emigrant wagon trains from Fort Laramie, Wyoming, to Virginia City, Montana, in the 1860s. His route came up the Shields River Valley from the Yellowstone and then crossed the divide to the west into the Gallatin Valley.

To find your way to Thunder Jack, go to the Gardiner to White Sulphur Springs Road Trip Guide.