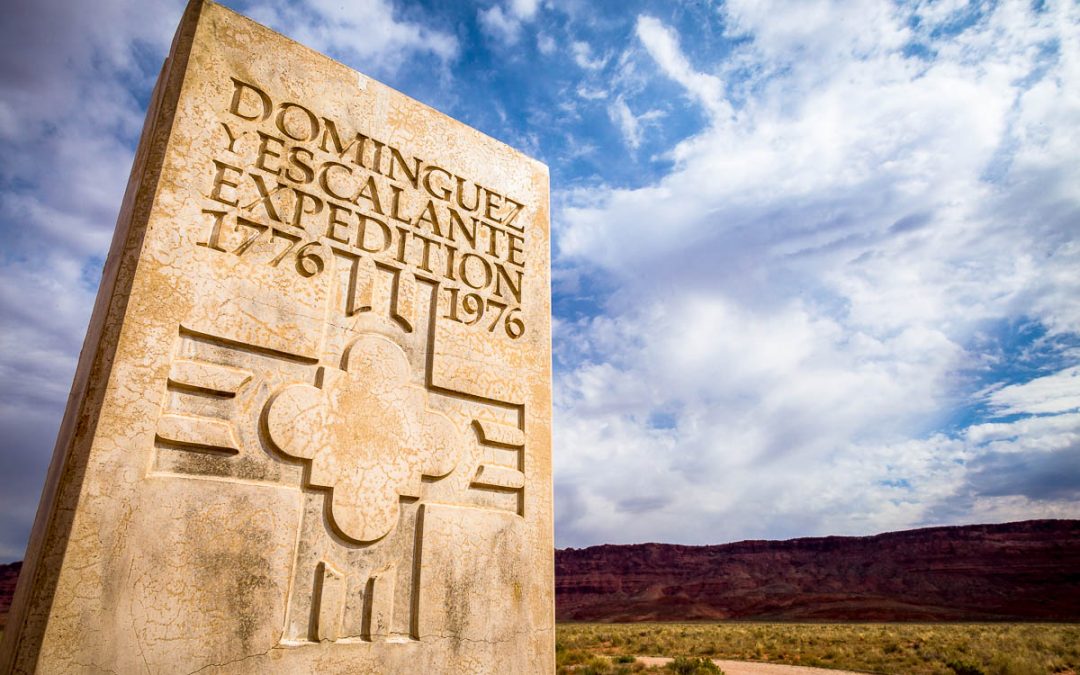 Talk about a road trip. On July 29, 1776, two Franciscan priests, a cartographer and eight men set out from Santa Fe to map an overland route to the missions in California. Francisco Atanasio Domínguez and Silvestre Vélez de Escalante traveled through present day Colorado and into Utah. They arrived at Utah Lake near the end of September after facing hardships and illness.

It became apparent that they could not continue on to California as winter weather would make crossing the mountains dangerous if not impossible. Instead the expedition turned south and headed back to Santa Fe. They crossed through present day Arizona along the Vermilion Cliffs to a spot on the Colorado River which became known as the Crossing of the Fathers.

To mark their passing, the Bureau of Land Management has erected a marker and interpretive signs in the House Rock Valley on US Route 89A. Even today it is a beautiful but desolate spot which makes one wonder at the courage of these early Spanish explorers.

To find your way to the Domingues-Escalante Historic Site, go to the US 89A-Bitter Springs to Kanab Road Trip Guide.