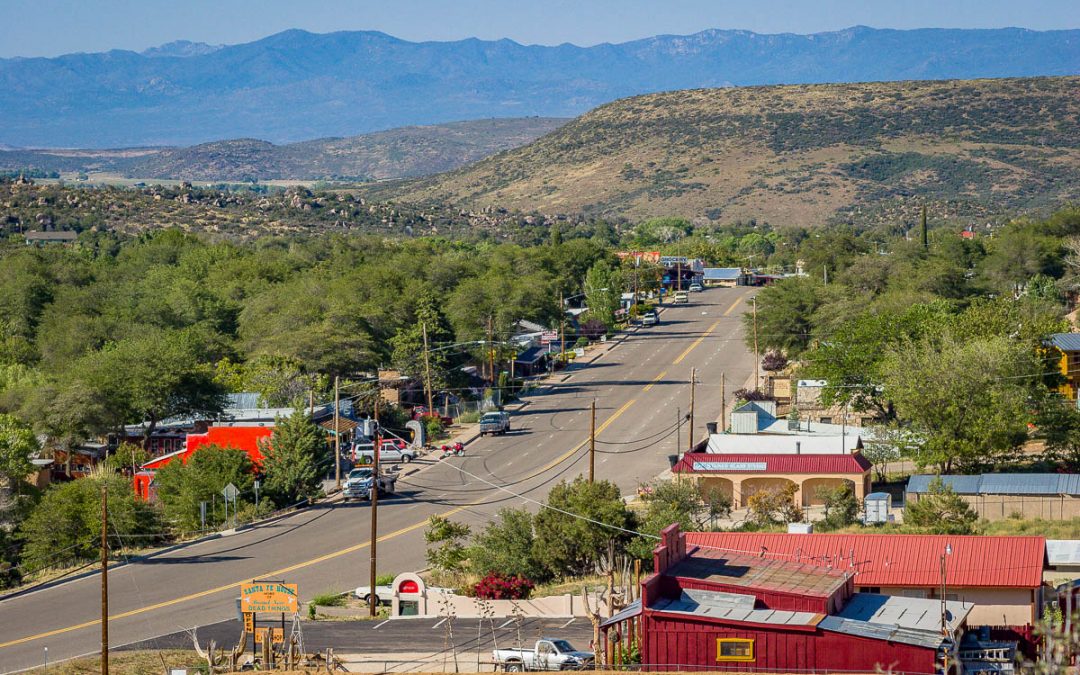 Two historic major east-west highways cross Arizona and each played a role in the westward migrations of the early 20th century. US Route 66 carried people across northern Arizona from Chicago to Santa Monica. US Route 80 linked Savannah to San Diego through southern Arizona. Often overlooked is the importance of US Route 89 that linked the two highways and connected Arizona’s major population centers.

Take a look at the 1935 Arizona highway map below. I have highlighted US 66 and US 80 in yellow. US 89 is highlighted in red. Between Tucson and Phoenix, 80 and 89 were assigned to the same road. Between Ash Fork and Flagstaff, 66 and 89 were joined. 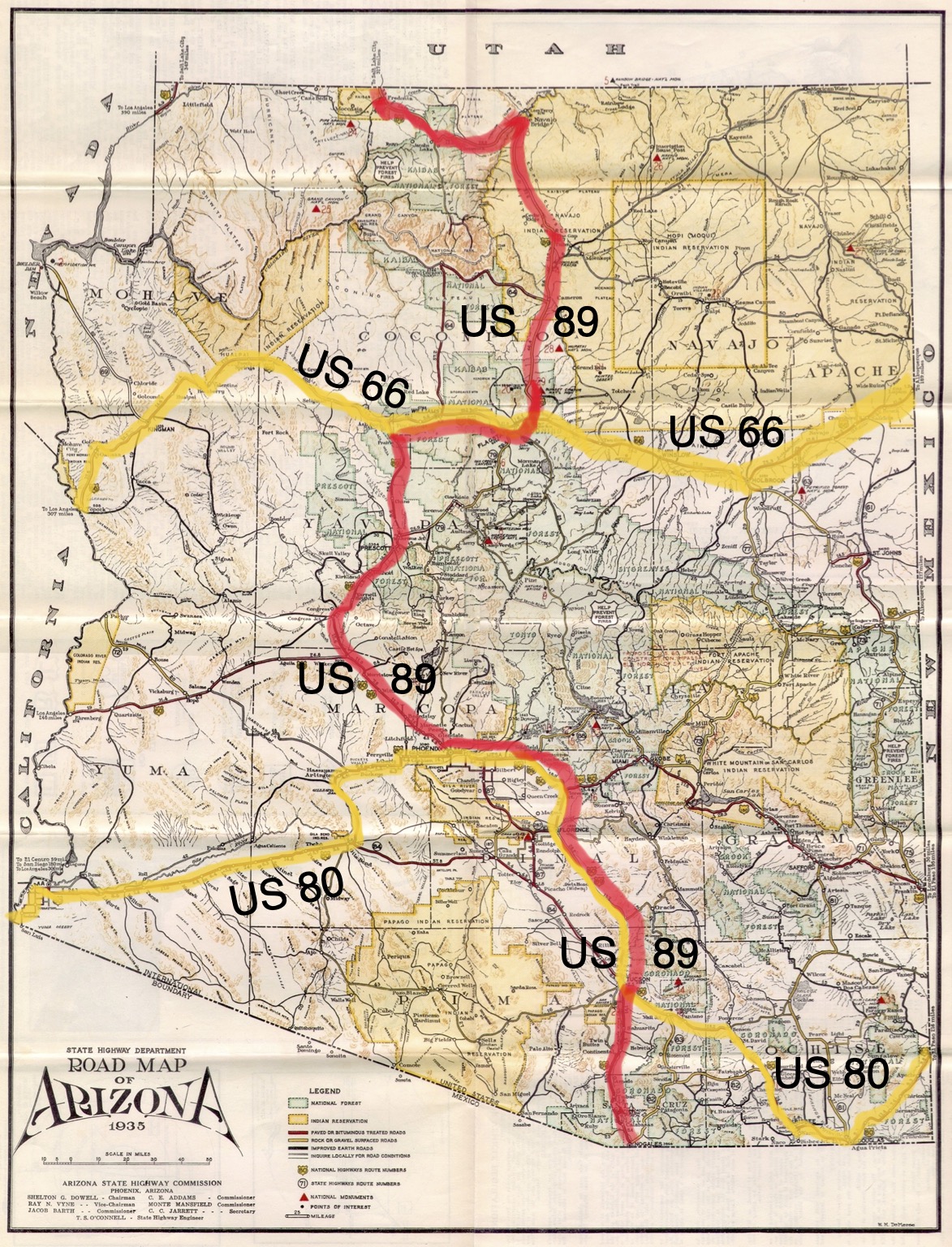 When the federal highway system came into existence in the late 1920s, US Route 89 connected Utah and Arizona from near Salt Lake City to Nogales. It was the most important road in Arizona because it was the best road between all of the major cities from Flagstaff to Prescott to Phoenix to Tucson to Nogales and all the smaller towns along the way. It was Arizona’s Main Street. With the completion of the Interstate highways, all three federal roads were decommissioned.

For a real adventure and to experience the historic road, try following the original route of US 89 starting in Tucson and ending in Flagstaff. Check out the article, Where Is US Route 89 in Arizona?, for detailed directions.