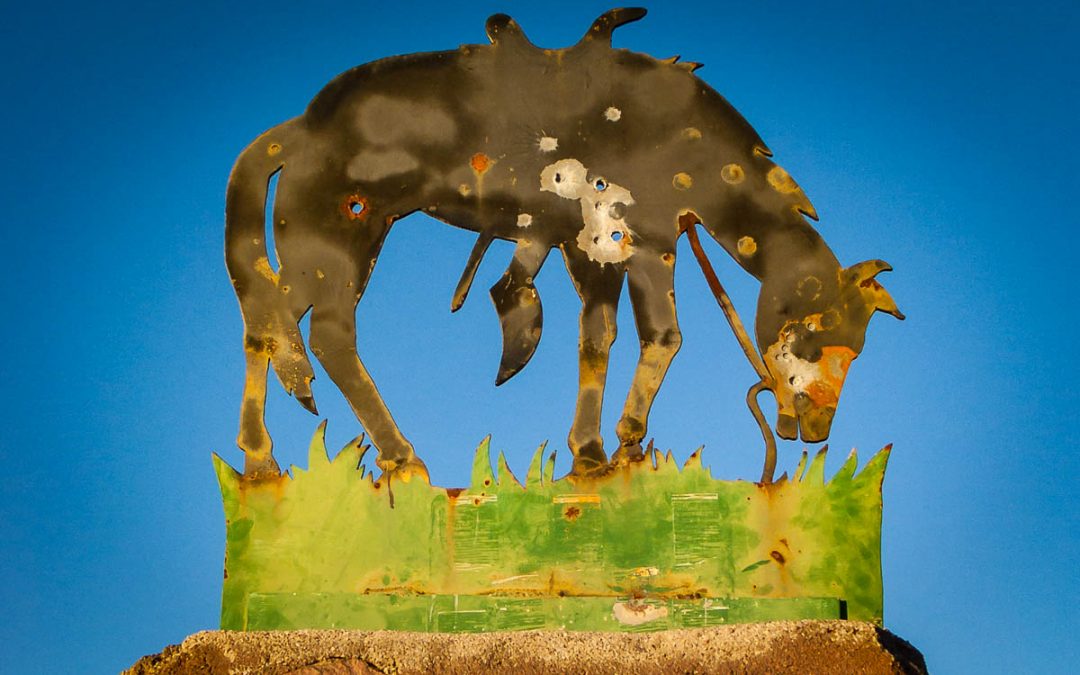 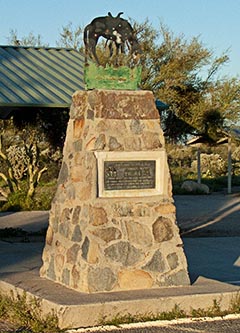 Before Hopalong Cassidy and the Lone Ranger became cowboy heroes, Tom Mix had won the hearts of American children. In a career that started in 1909 and lasted until 1940, he made hundreds of films. His performances were famous for showmanship featuring action over realism as he led his horse, Tony, through one trick after another and demonstrated his shooting ability. This short clip from the 1932 film, Destiny Rides Again, is typical of his work.

On October 12, 1940, Tom Mix left the Oracle Junction Inn on historic highway 89 north of Tucson on his way to his ranch near Florence. He was reported to be driving his Cord 812 Phaeton at a high rate of speed when he ran through a construction barricade and rolled the car into a wash. He was carrying a suitcase filled with cash and jewels which was strapped to the luggage rack behind his seat. In the accident, it came loose striking him in the head, breaking his neck and killing him instantly.

The section of highway where Tom Mix met his fate is called the Pinal Pioneer Parkway, now designated as Arizona Route 79. It is the original main road between Phoenix and Tucson. At milepost 115 stands a memorial to Tom Mix with a silhouette of a riderless horse on top of a stone pillar. These words are inscribed on the memorial:

Jan. 6, 1880-Oct. 12, 1940
In memory of
TOM MIX
whose spirit left his body on this spot
and whose characterization and portrayals
in life better served to fix memories of
the old West in the minds of living men. 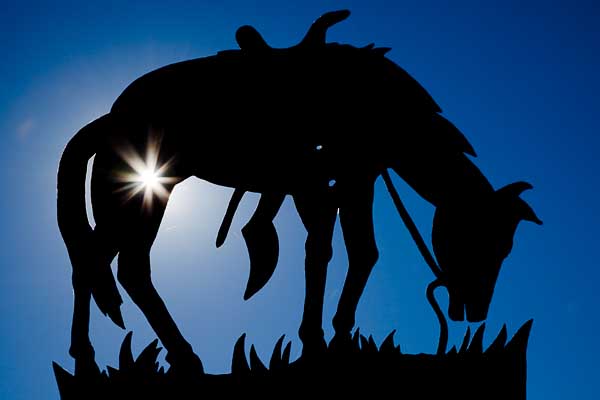 To find your way to the Tom Mix Memorial, go to the Tucson to Apache Junction Road Trip Guide.