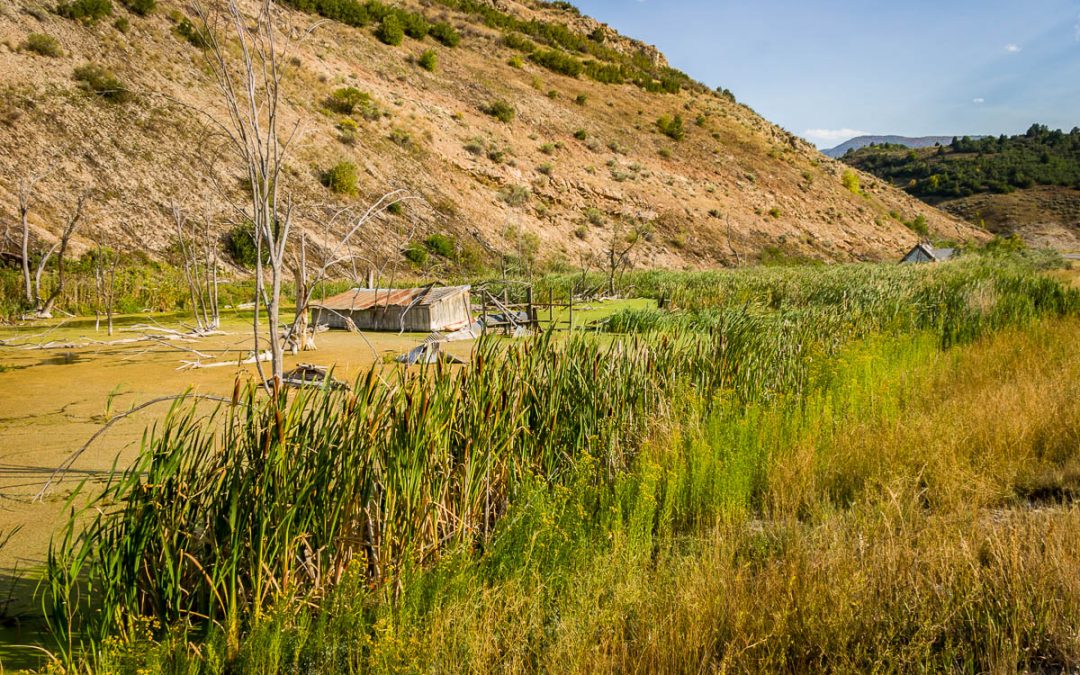 When the route for a federal highway with the number 89 was first proposed in 1924 it’s southern end was Flagstaff, Arizona, and the northern terminus was Thistle, Utah. However, when I searched a map of Utah, Thistle was nowhere to be found. Therein lies a tale of how the forces of nature created a ghost town that straddles US Route 89.

Thistle was a thriving town in the late 19th and early 20th centuries. The town’s main industry was servicing steam locomotives of the Rio Grande and Western lines that ran through Spanish Fork Canyon. When the railroads switched from steam to diesel, Thistle went into decline. A few hardy souls continued to farm and ranch in the area until a fateful morning in April of 1963.

Heavy rains loosened a hillside above the town. The resulting landslide damned the Spanish Fork River. Fortunately, it happened slowly enough that everyone was able to evacuate. The rising waters eventually buried the town under a lake a 100 feet deep.

Today, Thistle Lake has been almost completely drained. What remains are partially submerged homes and the remains of Thistle’s once prosperous store clearly visible from highway 89. 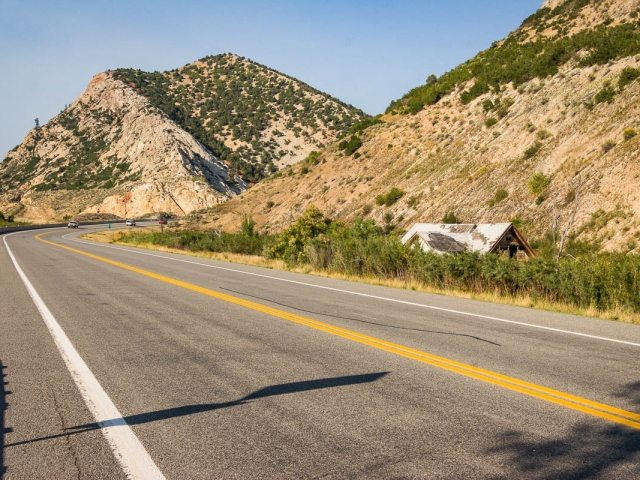 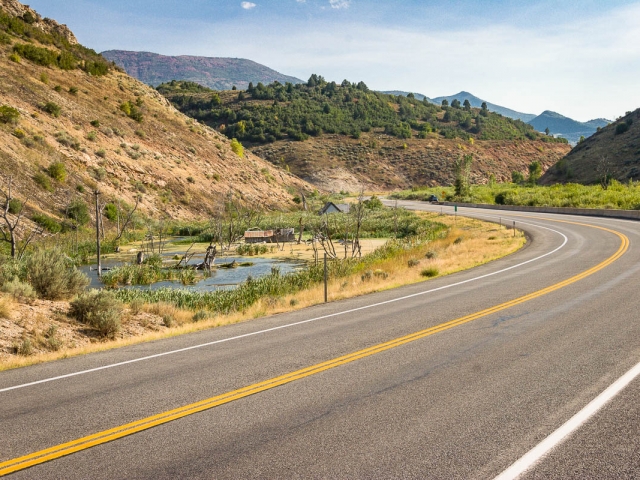 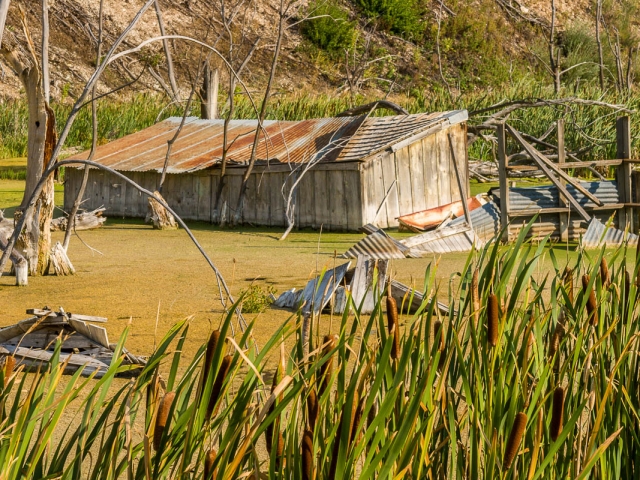 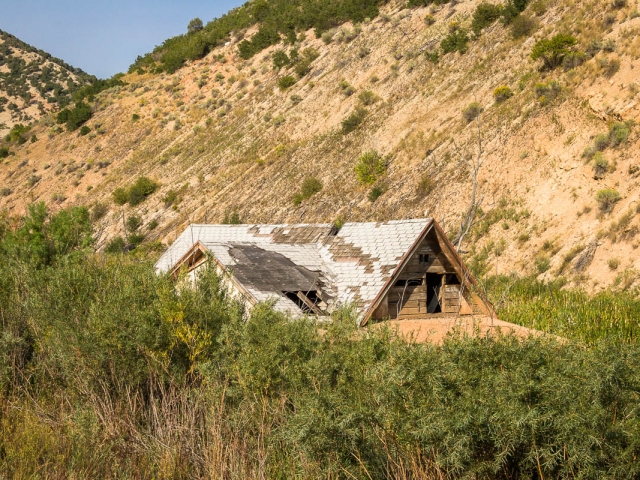 To find your way to Thistle, go to the Sevier to Spanish Fork Road Trip Guide.