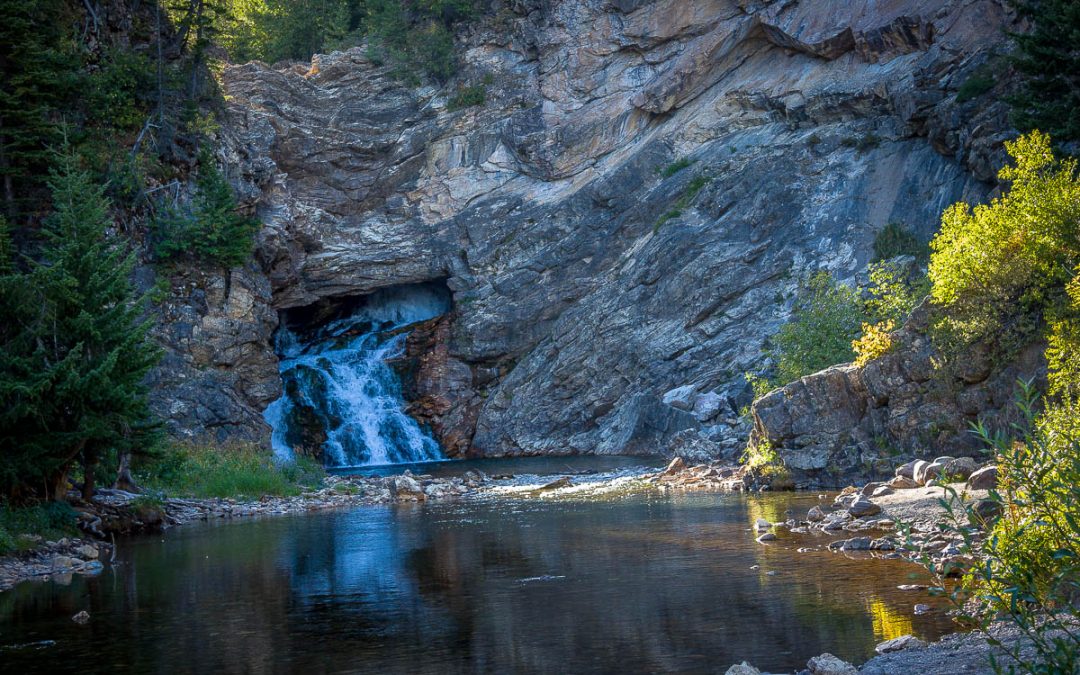 Glacier National Park is best know for rugged Rocky Mountain peaks and large sparkling lakes all of which can be seen along the park’s roads. However, there are many hidden gems that require a little effort to experience. One of the easiet is Running Eagle Falls.

On our first visit to Glacier we camped at Two Medicine Lake in the southern part of the park. One afternoon we were driving back to our campsite after a day of exploring and photographing when we saw the sign for the Running Eagle Falls Trail. There was still plenty of daylight, so off we went down the short trail. We picked up a pamphlet that the tells the story of Running Eagle and highlights the plants seen along the trail.

Running Eagle is really two falls. When the water flow is high, water cascades down the rock face from the top. During low water, it appears to eminate from underground two thirds of the way down. I’m not sure what the actual plumbing is, but the effect is very beautiful.

Running Eagle is a legendary figure to the Pikuni, or Peigan, people who are one of the three Nations that comprise the Blackfeet Nation. The story of her accomplishments as a hunter and warrior have been handed down through generations. As the story goes, after her death in battle, she was buried in a tree on the mountain overlooking the falls.

This area is also known for an abundance of medicial plants, thus the name Two Medicine. The trail guide describes some of the plants and their traditional uses. One of the more notable plants is the huckleberry which makes excellent jam and is delicious in pancakes, bread and especially in the French toast at the World Famous Whistle Stop Cafe in East Glacier. They are also an important food source for bears, songbirds and other small creatures. 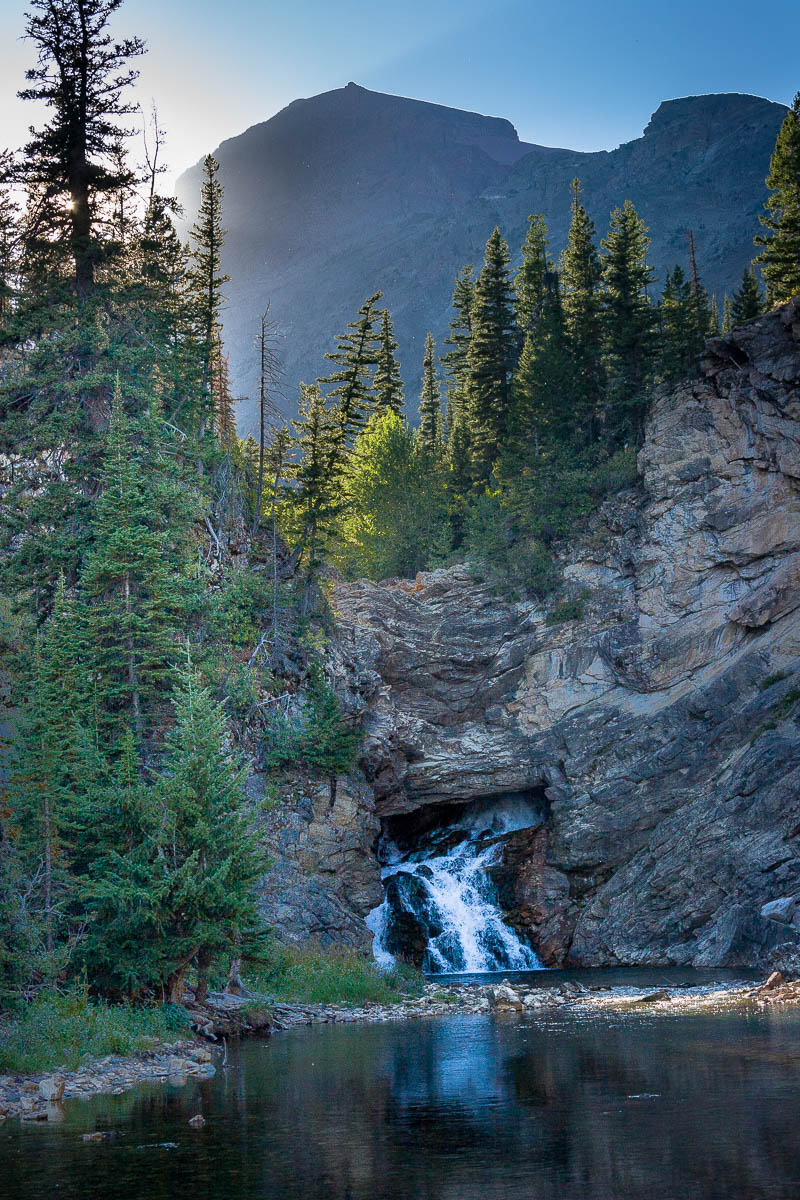 To find your way to Glacier National Park and Running Eagle Falls, go to the Browning to Canada Road Trip Guide on the US Route 89 Appreciation Society website.