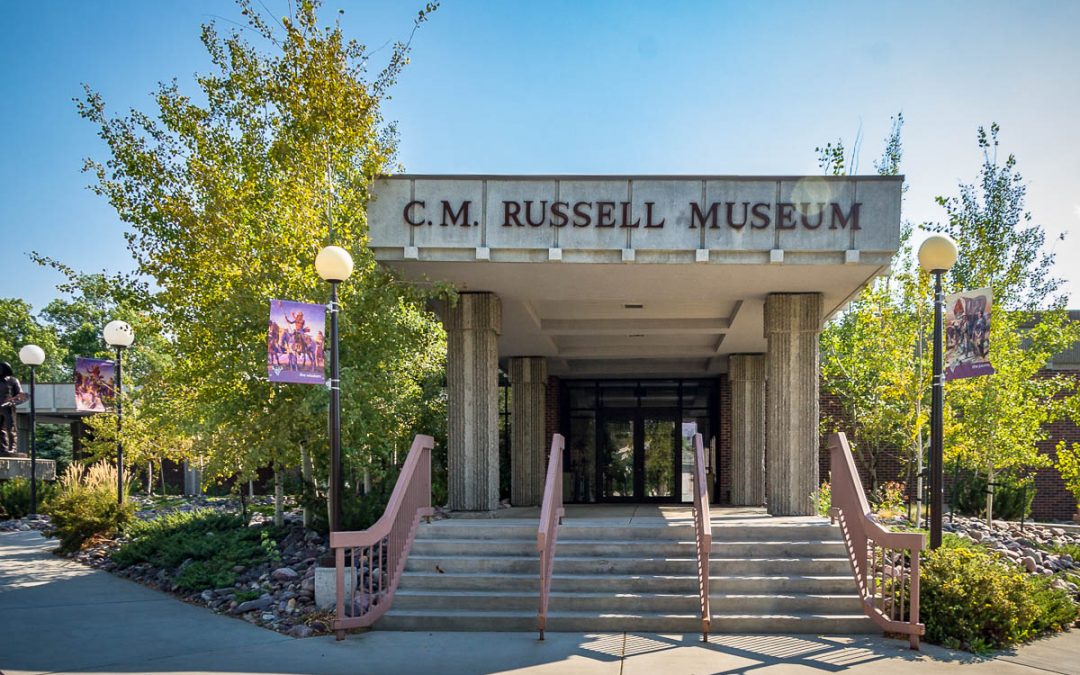 My first interest in US Route 89 was the landscape, particularly the seven national parks along the road. As I traveled on 89, I realized that it was more than beautiful scenery. It was also a road that led me into the history and culture of what is known in as The West—capital T, capital W. That is why I have called it “The West’s Most Western Highway.” 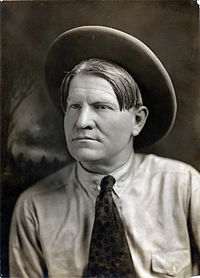 Perhaps no artist has captured the spirit of the The West better than Charles Marion Russell. In his lifetime in the late nineteenth and early twentieth centuries, he created thousands of painting, watercolors, drawings and statues that depict the life of cowboys and Indians in a west that was rapidly passing away.

Russell grew up in Missouri dreaming of being a cowboy. At the age of sixteen he moved to Montana to do just that. For twelve years he worked herding cattle and also spent time with the Blood Indians, part of the Blackfeet Nation. During that time he could often be found with a sketch book documenting his experiences and beginning to gain a reputation as an artist.

In 1892 Russell moved to Cascade, Montana, and began to make a living as a full-time artist. Four years later, he married Nancy and the newly-weds moved to the bustling city of Great Falls where they lived for the rest of their lives. Russell was the closest thing to a celebrity Great Falls had known as he became internationally recognized for his depictions of the Old West. When he died in 1926, schools were closed so children could watch the funeral procession with their parents as four black horses carried Russell’s coffin through the streets in a glass-sided hearse. 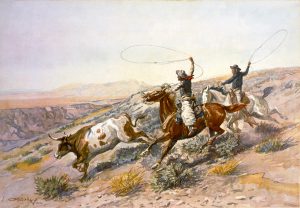 The C. M. Russell Museum is located on the property where the Russell’s lived. The original log cabin studio where he created most of his paintings is open to the public as well as the Russell’s two-story home. 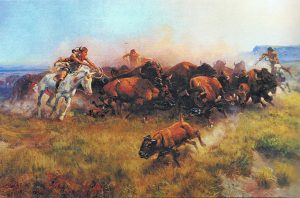 A tour of the museum is a trip back in time. The subjects of Charlie Russell’s paintings, drawings and sculptures ranged from scenes of cowboy’s busting broncos to Indians hunting buffalo. He also painted women of the Old West and historical events. It is easy to see from Russell’s paintings how Western art became so popular. As you roam through the exhibits, you will find yourself immersed in the often harsh reaity of the cowboy’s life. You will also see how that lifestyle became mythic in large part due to C. M. Russell.