The Craft Beer Brewers of US Route 89

If given a choice at the end of a day on the road, I prefer to visit a local brew pub to sample whatever is on tap and enjoy a meal. Fortunately, there are ample opportunities on US Route 89 for such simple pleasures. By my count, there are at least twenty-eight microbreweries and brew pubs along the way. 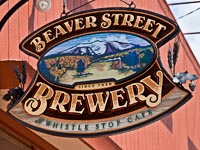 My quest for a better beer began at about the same time as my travels on 89. My enjoyment of mass produced American lagers had wained. Then on a trip to Flagstaff we had dinner with friends at Beaver Street Brewery where I had my first pint of R&R Oatmeal Stout. What a revelation that was. I didn’t know that beer could have such flavor and add so much to a meal.

Since then I have made a point of finding the local craft beer brewers during our trips on highway 89. Craft beer brewing in the United States has been on a steady growth curve for the last decade as the graphic from the Brewers Association shows. The blossoming of brewers on 89 is testament to that fact. Each one has there special brews, many of which have been awarded metals at craft beer competitions.

I have compiled a list of microbreweries and brew pubs along US Route 89. Having visited many of them, I can attest to the goodness of their beers. In future blog posts, I will provide details about the individual craft brewers and review my favorite ales and lagers. In the meantime, add any brewers that I have overlooked to the comments and let me know about your favorite brew.