One of the sponsors of the US Route 89 project is Phase One. They manufacture medium format digital camera backs and  the Phase One Camera System. On our trip to Utah in August, Phase One lent me one of their camera systems to try out. What follows are my impressions of working with this system and processing the files in Capture One, the RAW processing software that accompanies the system.

I had been looking forward to working with the Phase One system and when FedEx delivered the box to my door, I opened it to find a hard case designed with the traveling photographer in mind. It is a rolling case sized for carry-on. It also proved to be functional for me working off the tail gate of my Honda Element. For hiking to remote locations I transferred everything to the backpack that usually houses my Hasselblad.

The Phase One camera came with an 80mm f2.8 lens. The kit also included a 70 to 150mm zoom and a 28mm wide angle lens. The heart of the system is the P45+ digital back. The sensor is 6×4.5, full-frame, 39 mega pixels. The LCD screen is 2.2 inches and is surrounded by four buttons that give access to all of the menu functions.

For a medium format camera, I found the Phase One relatively comfortable to shoot handheld with the build-in grip. I quickly discovered that the auto focus had some trouble with lower contrast subjects such as clouds. However, switching to manual focus was easily accomplished by sliding the focus ring on the lens to manual position. I wound up using manual focus most of the time which was no problem with the bright eye-level view finder.

I wanted to see if medium format digital files would be equal to what I’m used to on film and if I could push it beyond what I would normally attempt. The answer to both is yes. 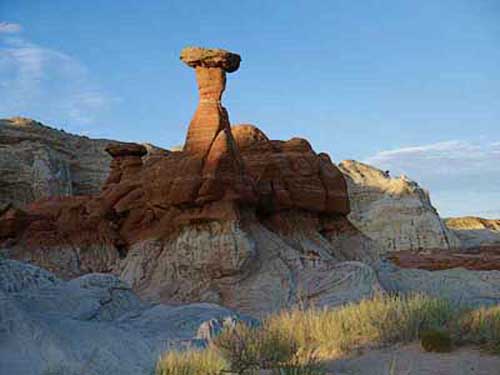 This shot was made at the Toadstool Hoodoos near Paria Canyon. The camera was on a tripod, manually focused and set on Program for exposure. I checked the histogram display but didn’t need to adjust the exposure. Both the shadows and highlights are full of detail with a minimum of processing in Capture One. 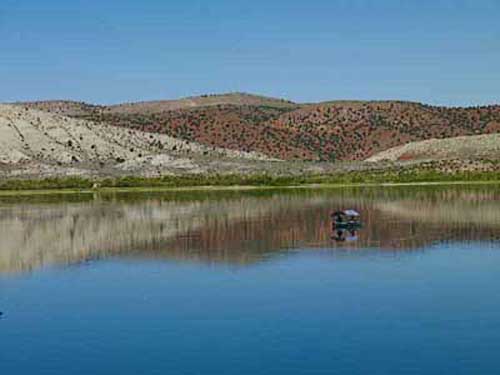 We came upon these folks out fishing early in the morning near Gunnison. The subtle pastel colors and the graduated tone of the sky and its reflection are rendered beautifully. 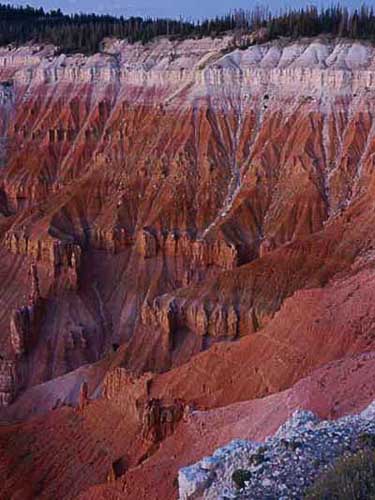 I love to shoot well after the sun has gone down and Cedar Breaks National Monument was the perfect spot to test the Phase One’s long exposure capabilities. This shot was made with the 80mm lens set on aperture priority at f11 to make sure the foreground stayed in focus. The first exposure I made seemed a little washed out so I dialed in exposure compensation of -1 which rendered this photograph with an 8 second exposure. To eliminate noise from long exposures, the camera automatically takes a second blank exposure of the same length and works its digital magic.

This last example is a test of the dynamic range that the P45+ is able to capture. Phase One claims a 12 stop range and this shot would seem to confirm that. This backlit photograph with bright reflections on the water and deep shadows in the trees shows plenty of detail in both areas. When I first looked at this shot on the camera back I was dismayed by an extreme amount of purple fringing around the highlights. However, when I opened the file in Capture One, it read the camera profile and automatically eliminated most of the fringing. There is still some noticeable fringe in the foreground highlights which would require some Photoshop work to completely eliminate. Compared to the film image of this same scene, the digital file has much greater dynamic range and will print with open shadows and detailed highlights.