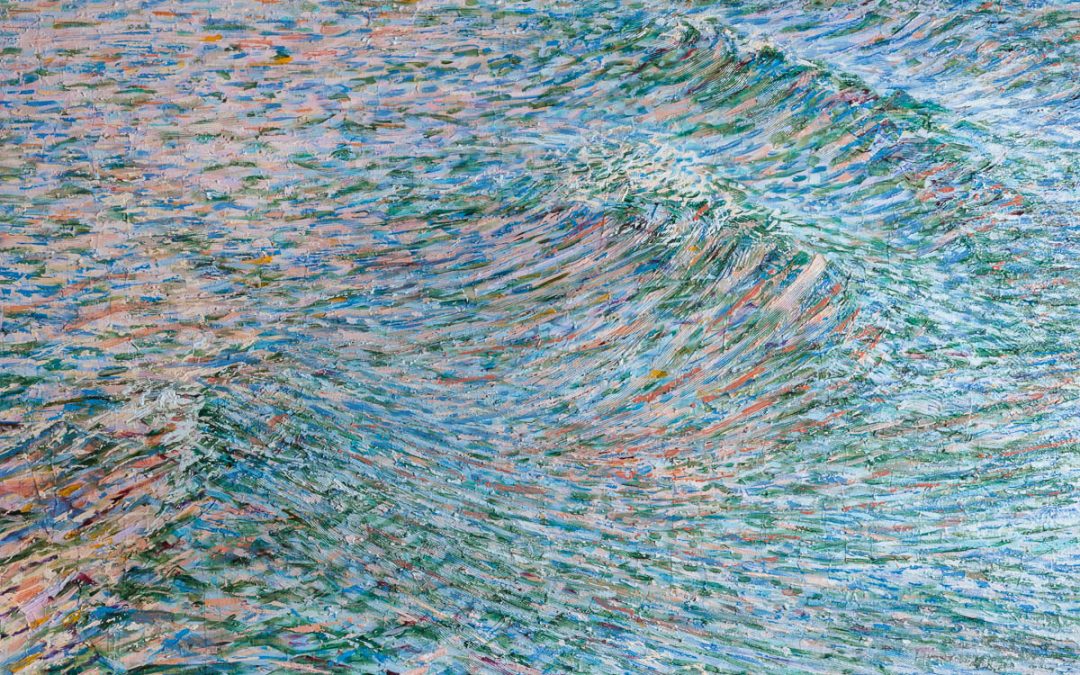 On many of our trips on US Route 89, Barbara and I have found ourselves camping and hiking near water. From Peña Blanca Lake near the Mexican border to the lakes of Glacier National Park, water in its many natural forms has been a part of our journey. So it was almost inevitable that water would be an inspiration for Barbara’s newest series of paintings.

It has been fascinating for me to watch as Barbara has created this series over the last eight years. The paintings are loosely based on snapshots taken by Barbara. The earliest ones are realistic depictions of lakes and streams and the vegetation growing along the banks. As the series progressed they became increasingly abstract, still recognizable as water but much more impressionistic. The surfaces of the paintings have grown in complexity as she builds up layers of paint mixed with various mediums. It is hard for me to describe the effect this has and the photographs of the paintings hardly do them justice. The gallery below is arranged in geographical order starting in the south with paintings of Peña Blanca Lake and progressing north to Palisade State Park in Utah. The captions are Barbara’s descriptions of her paintings. 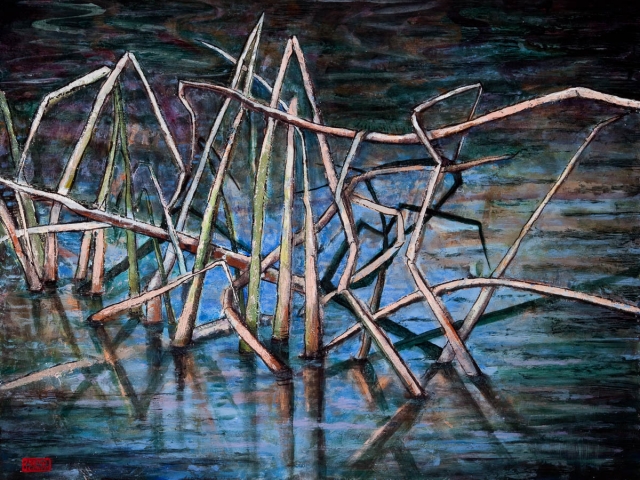 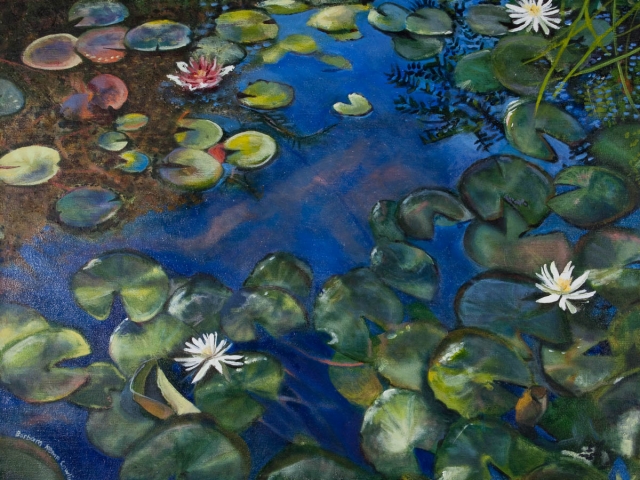 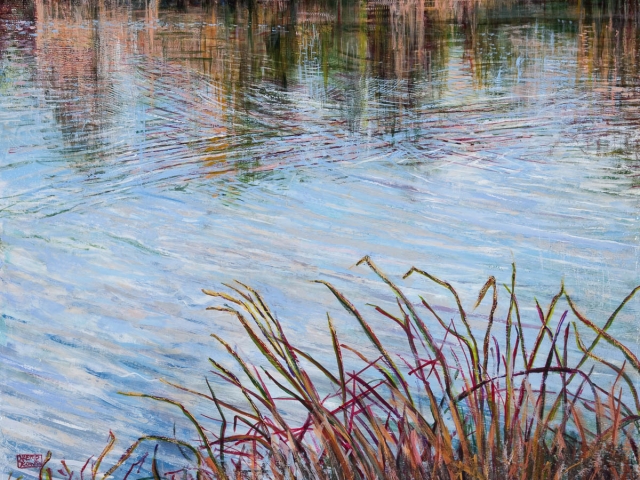 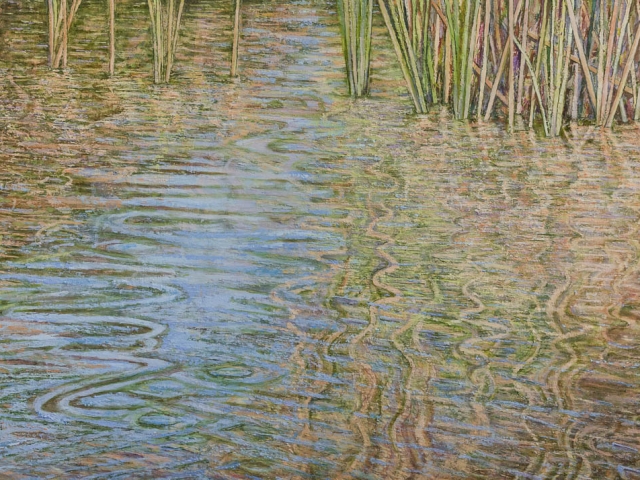 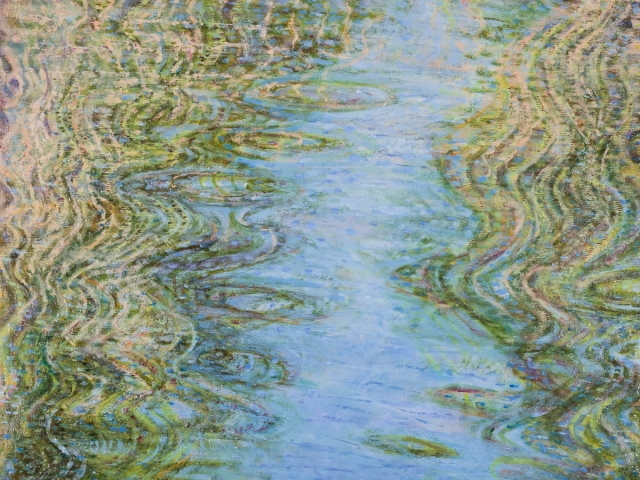 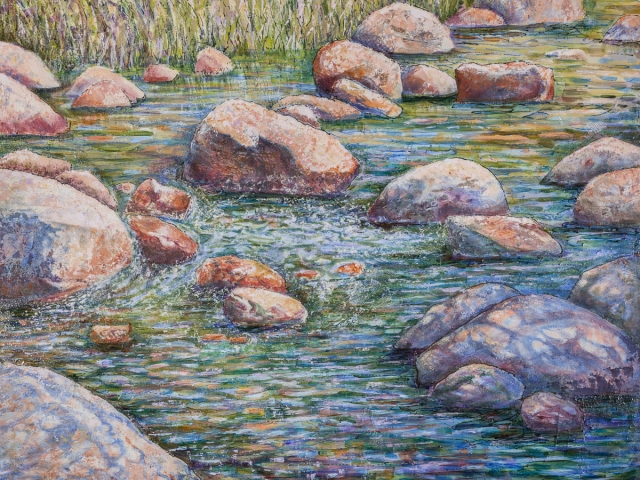 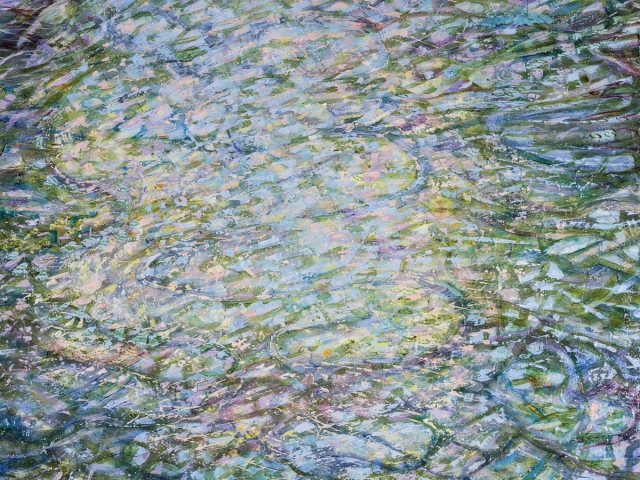 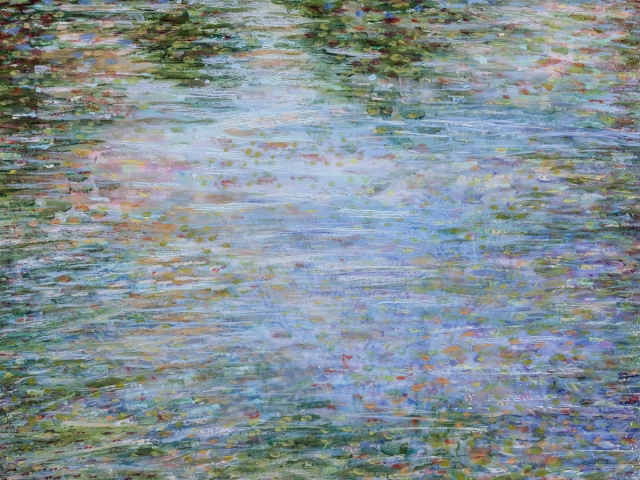 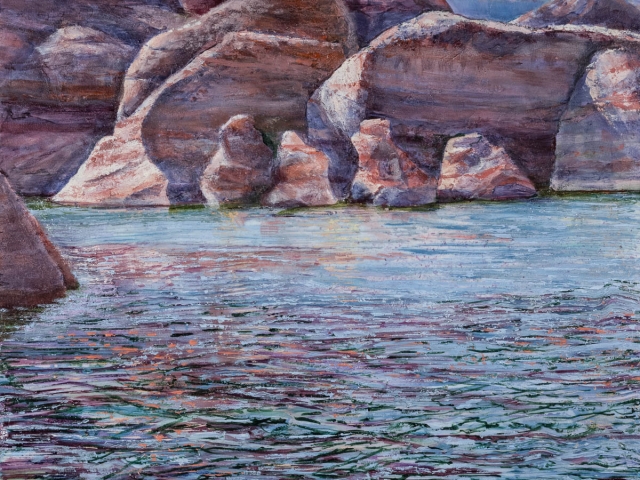 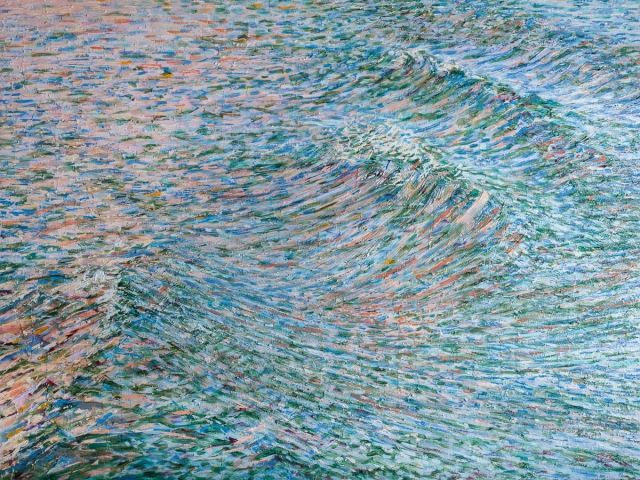 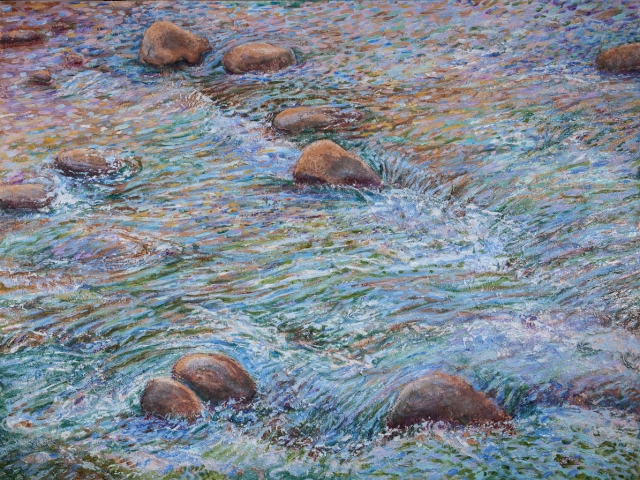 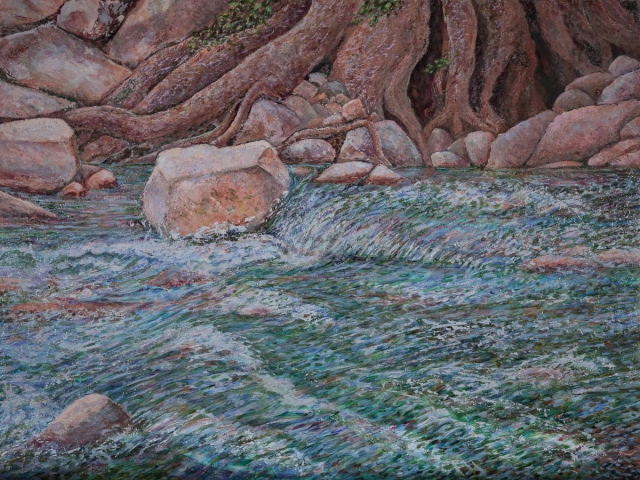 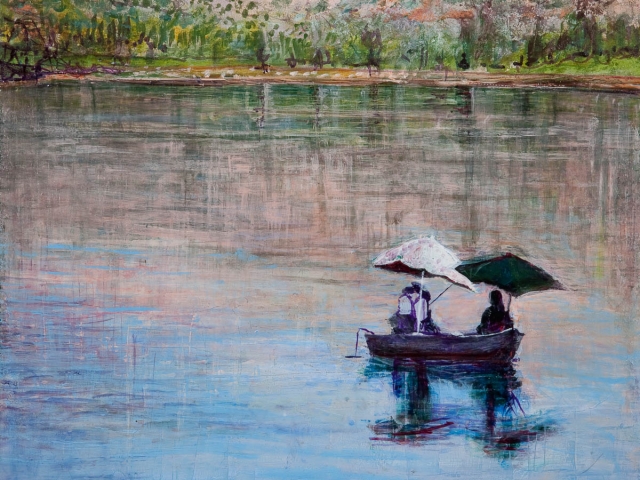 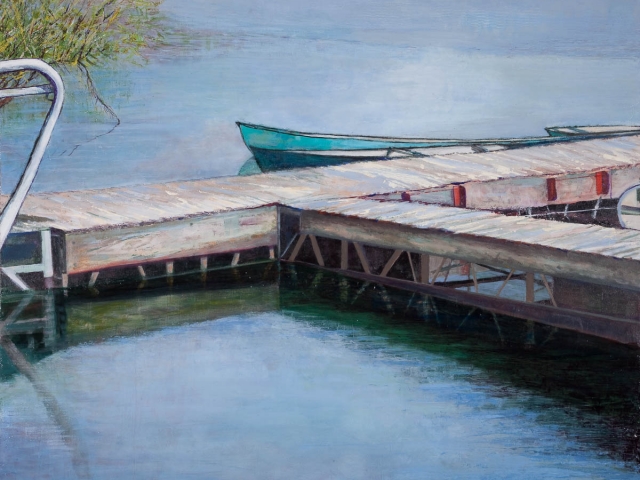 You can see photographs of more of the paintings in the Gallery on Barbara’s website. Also, be sure to read her Reflections in which she writes about the process of creating her paintings.