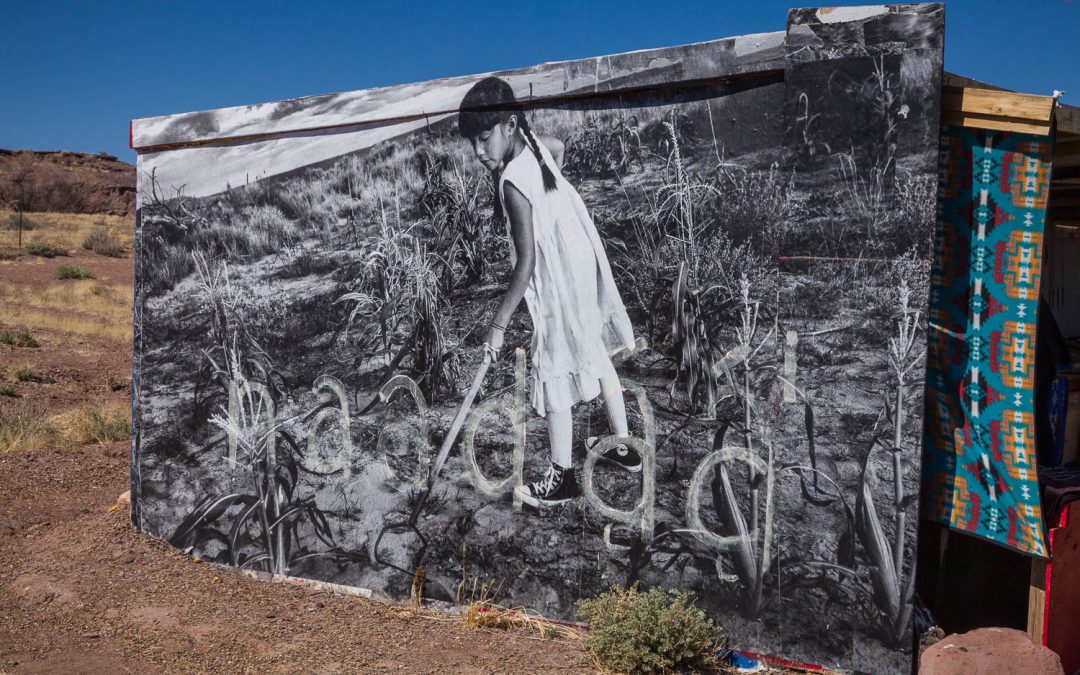 The last place you would expect to find street art is along US Route 89 on the Navajo Reservation. But there it is. You can’t miss it as you head north from Flagstaff. It’s on tanks and roadside jewelry stands. Big black and white photographs pasted up there for all to see.

We first saw these works of public art four years ago. While we were curious about their origin we didn’t pursue it further. Then a link to a Facebook page popped up on a Google Alert and we started following The Painted Desert Project. It turns out that this project is an extensive installation of street art along the major roads through the Navajo Reservation.

Sometimes serendipity can make a road trip special. On a recent trip to Page, I had decided to photograph a few of the murals with the vague idea of writing  a blog post. Just north of the turn off for Tuba City, I spotted a mural on the end of a jewelry stand and pulled in to have a look. There were a couple of other cars there and one in particular caught my eye. It was a station wagon with a guy sitting on the open tail gate. Frankly, he looked a little out of place. He was an older black man dressed in work clothes, not a bit like the usual tourist we see along the road.

I started to photograph the mural when I was interruped by that gentleman who introduced himself as the artist. Coincidence or fate or just good timing, I was thrilled to meet Chip Thomas who’s nom de street art is jetsonorama. He was there to install a new mural on the other end of the jewelry stand. Barbara and I had many questions and Chip was happy to answer. And there is much more to his story than the murals.

Chip Thomas is a physician who has been practicing family medicine on the reservation for 26 years. He has a long standing interest in photography and street art. A few years ago he decided to combine them and use his collection of black and white photos to create large scale murals. He uses subject matter that reflects positive aspects of Navajo culture—sheep, elders and the Code Talkers. When questioned by members of the Navajo community, Chip responds, “…by telling people that my project is a mirror reflecting back to the community the beauty they’ve shared with me over the past quarter century. It’s my hope that a stronger sense of self and collective identity is nurtured through the images which thereby strengthens the community.”

A couple of years ago Chip decided to expand his project by inviting other street artists to come to the reservation. In preparation he sent the artists materials by and about the Navajos. When they arrived he paired them with roadside stand owners and had them meet with tribal elders. The goal was to help the artists find appropriate imagery and to be aware of Navajo taboos. The results can be seen in several locations along US 89.

To sum up in Chip Thomas’s words. “The Painted Desert Project hates stereotypes, respects the unique culture in which it operates and spreads love.”

The Painted Desert Project on US Route 89 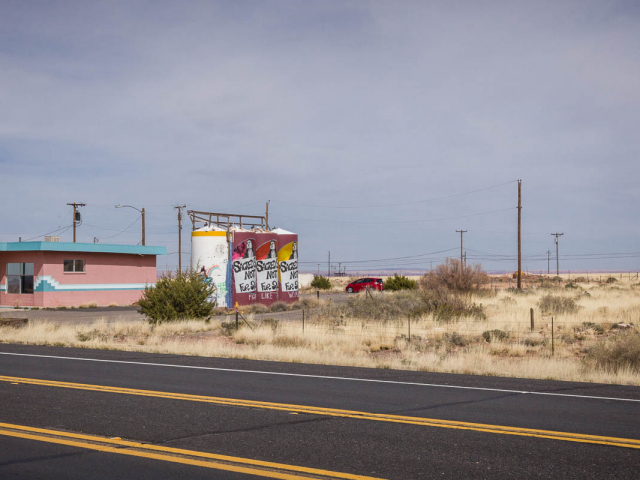 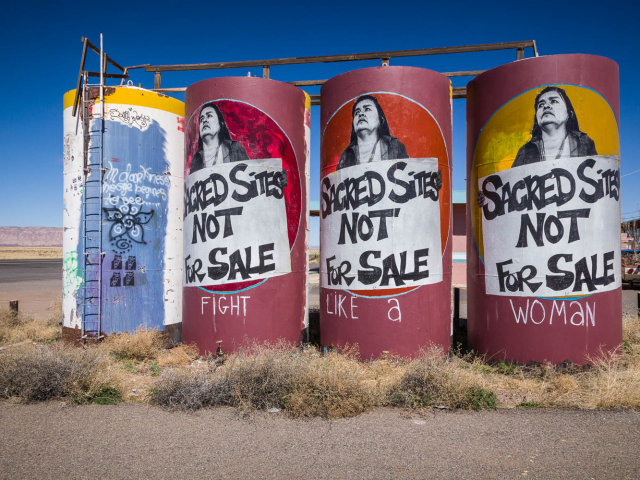 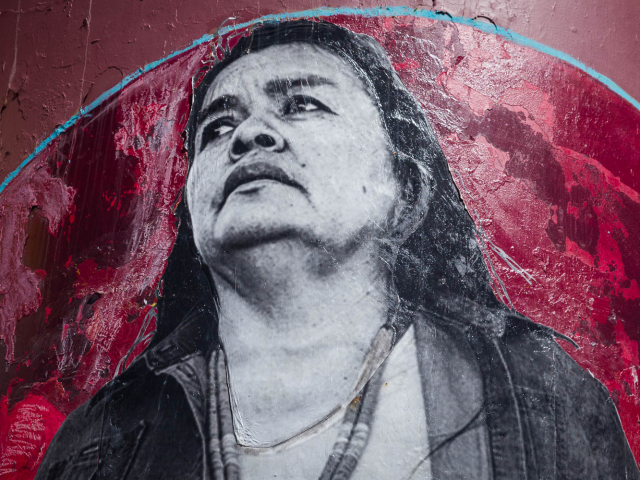 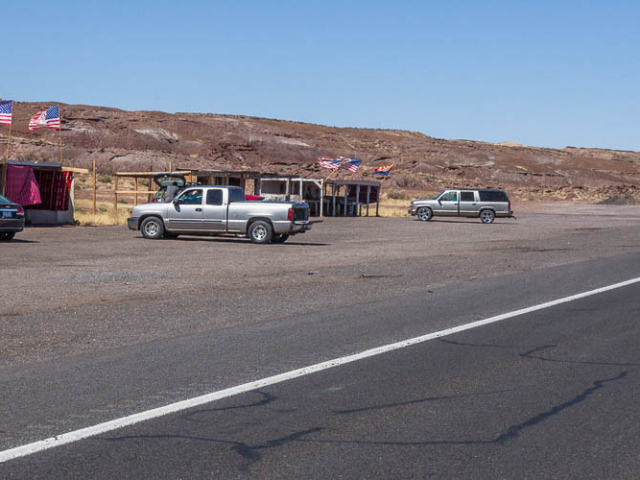 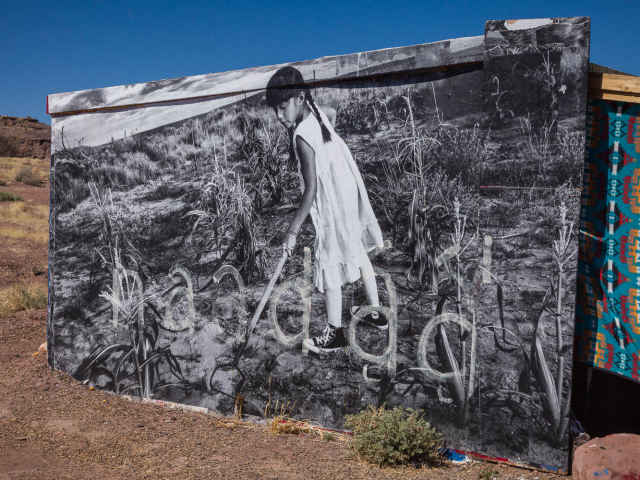 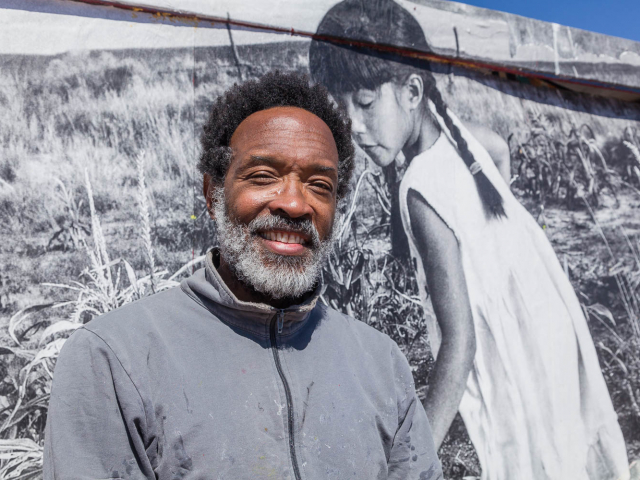 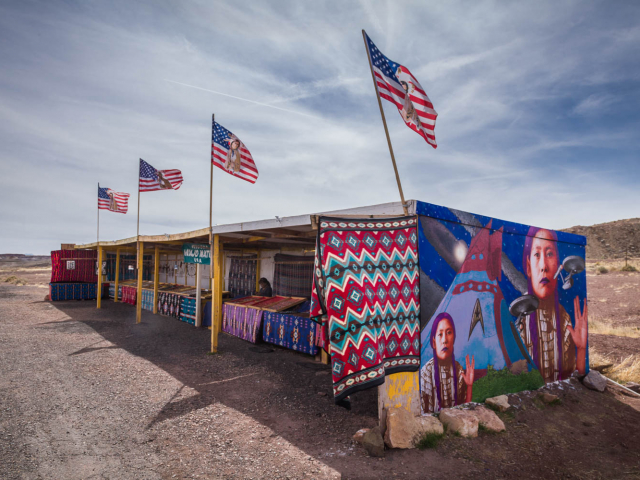 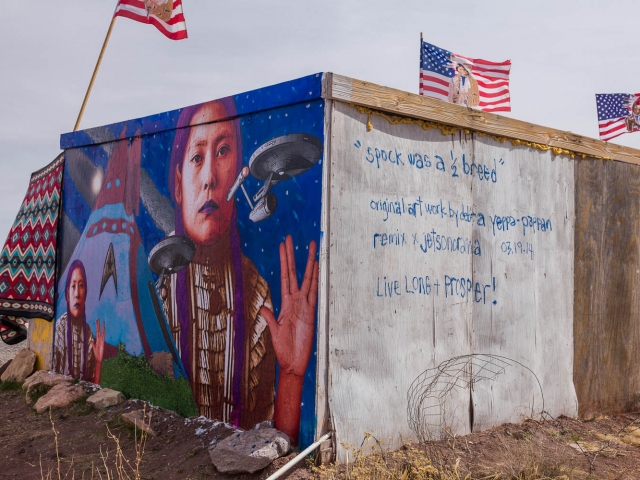 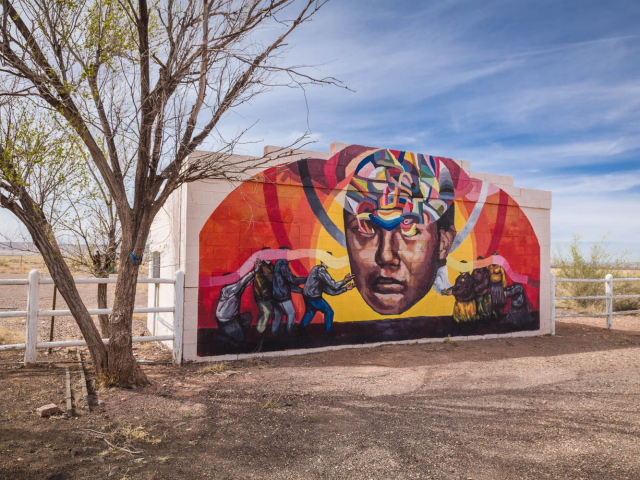 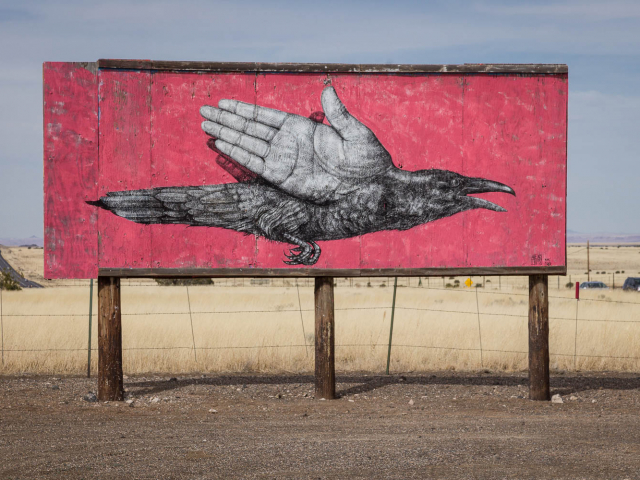 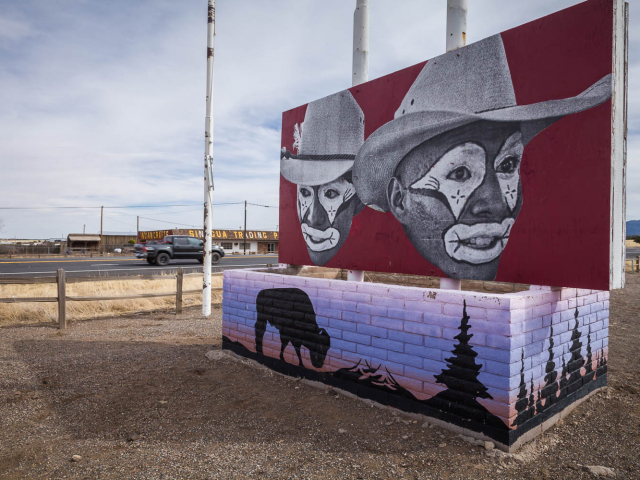