On to Phoenix and Beyond

There are several must do things in Phoenix. At least for me. One of them is to eat at El Bravo, without a doubt the best Mexican restaurant anywhere, located on 7th street just a few blocks north of Northern. We are following US Route 89 to a tee, so we took the slow road through Mesa, Tempe and into Phoenix. It was a very slow drive. As the sun moved ever lower in the sky, I started calculating the time. It was 6 pm. It was 7 pm. We were hitting every single stop light. It was 7:30 pm. I was pretty sure El Bravo closed at 8 pm. Sure enough, at 4 minutes to 8 pm we pulled into the parking lot. As a former waitress (long ago, but never forgotten), I cringe at arriving at the last minute to a restaurant. It is so very rude and cruel to the employees. But…in we went. Being very long time loyal customers, we got served and if anyone was annoyed, they didn’t let on.

Our friends Barb and Len lent us their guest bedroom for the night. They, too, were nice about our late arrival. Good friends are so nice to have! Thanks, Barb and Len.

After breakfast this morning at Lucy’s (16th St. and Bethany Home), I was able to accomplish my second must do thing. This was my trip to Last Chance. 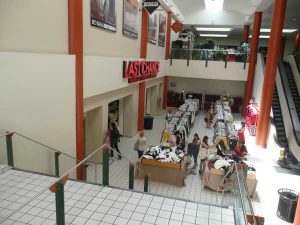 Approaching the Magic of Last Chance

Last Chance is a treasure hunt. It is a feast of clothing, shoes and an assortment of other items, ever-changing, unreliable in quality, sometimes disappointing and always magical. Tucked away in a basement (if you don’t know where, too bad), it houses new and returned items from Nordstroms. As it turns out, due to the short time frame, I walked away without anything, but still, at least I got to wander about. I intended to take some fabulous photos of the interior, but I was a little nervous that I’d be thrown out. I don’t know why, but part of the mystique of Last Chance is that odd things sometimes happen. So, feeling like an undercover agent, I took one shot. Guess my hand was shaking a bit. 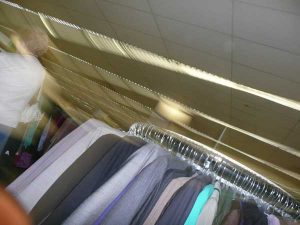