Kanab to Ephraim on US Route 89 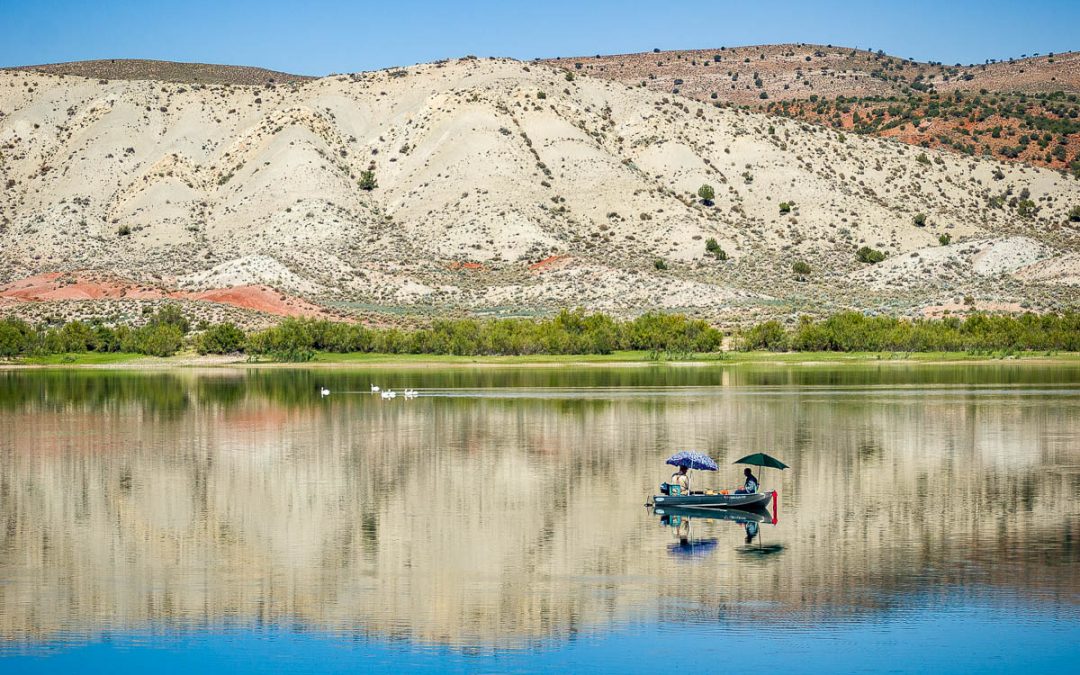 We have been camped at Palisade State Park in Sanpete County, Utah, for the last three days. We will be moving on to the Salt Lake valley later today. Here is a summary in photographs of what we have been seen and done between Kanab and Ephraim.

We spent Thursday night at the Quail Park Lodge in Kanab. From the outside, this motel looks like so many we see that were built in 1940’s and 50’s. But on the inside Quail Park has been completely renovated and is as nice as any 4-star hotel—comfortable beds, choice of pillows in various firmnesses, fluffy bathrobes for lounging and luxury toiletries. We learned about the Quail Park Lodge from the blog of another traveling couple, Jill Richards and Scott Dunn. 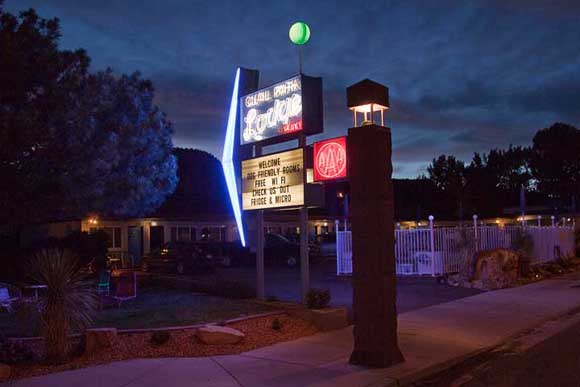 Friday we headed north from Kanab. We had often passed the home of the great western artist, Maynard Dixon, in Mt. Carmel. This time we stopped and toured his restored home and studio. The property has been lovingly restored and is maintained by the Thunderbird Foundation for the Arts. 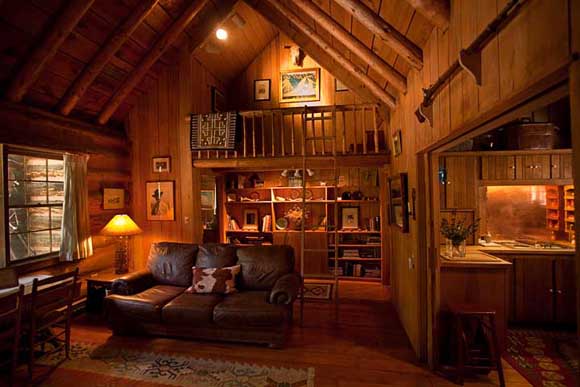 The livingroom and kitchen in Maynard Dixon’s home in Mt. Carmel, Utah

The Scandinavian Festival in Ephraim was our destination on Saturday. The festivities included a parade, food and crafts booths and demonstrations of traditional pioneer crafts. One of the highlights was meeting a young bookmaker, Karleigh Jae Heywood. Barbara choose one of her beautiful books for her next sketch book. 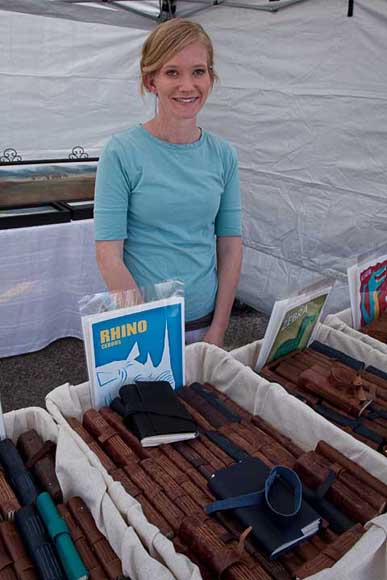 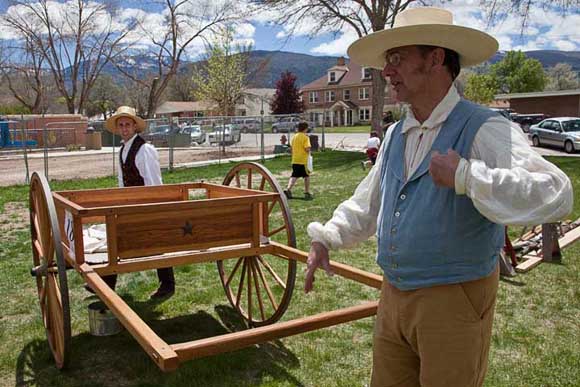 Mike shows off the Mormon handcart that he built using traditional woodworking techniques.

Spring City also held its annual Heritage Day on Saturday with a tour of historic homes. We stopped in the shop of Jock Jones who hand crafts the most comfortable Windsor chairs you’ll find anywhere. Someday I’m going to own one of his beautiful rockers. 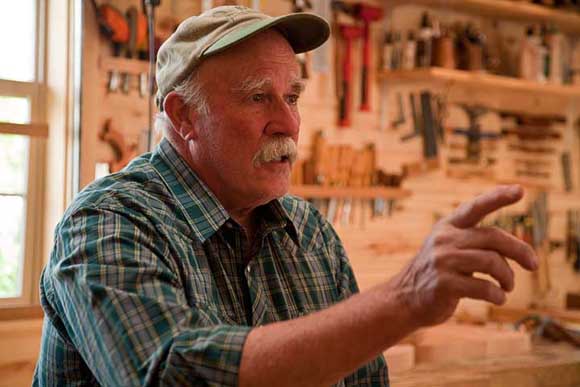 Sunday we decided to backtrack to Panguitch to visit some places we had gone by in our rush to get a campsite on Friday. When we got to Gunnison, I had to stop to see the Sanpitch Dragoon. I shoot some video of this incredible mosaic and will post it when I have time to edit it. 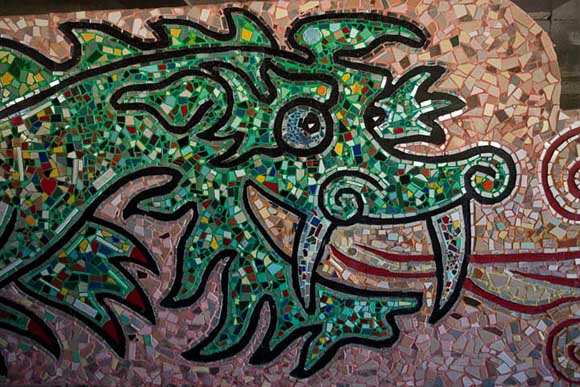 Sanpitch Dragoon—hear the dragoon roar under the bridge in Gunnison, Utah

South of Richfield is the Fremont Indian State Park. This park was created after excavation for Interstate 70 uncovered an extensive Fremont Indian village. The museum was one the best I’ve seen in terms of explaining what has been learned about Fremont culture and displays many artifacts found at the site. From the museum there are a number trails that lead to views of the many rock art sites in the nearby canyons. 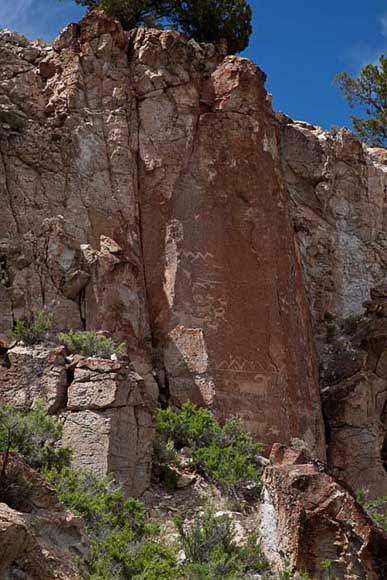 One of the joys of this kind of road trip is seeing familiar places along the road in a new light, literally. We have past Piute Lake a number of times but this time the setting sun highlighted a row of trees with the lake and mountains in the background. I love it when this sort of thing happens and I have the time to stop and photograph.

Here’s a photo of our campsite at Palisade. What you can’t see our all of the RV’s parked nearby and their associated ATV’s. Well, nothings perfect and this was a wonderful base camp for exploring central Utah. 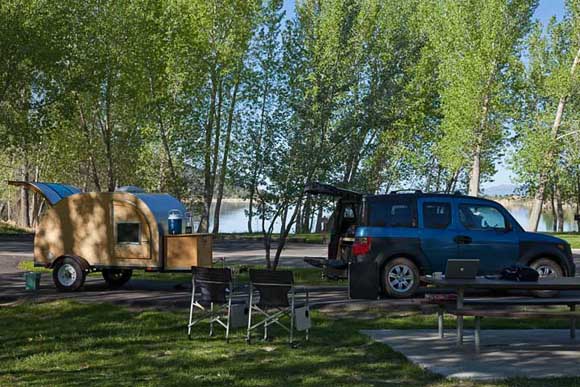 Our campsite at Palisade State Park near Sterling, Utah