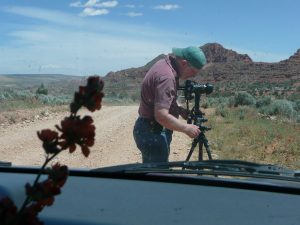 Just when I think I’ve seen every bit of US Route 89, something new appears. Today, we took House Rock Road, which connects Route 89A with Route 89. We were warned that it was a 4 wheel drive road, but didn’t find it at all difficult driving. Our Honda Element is a 4 wheel drive, or we wouldn’t have attempted this, having ignored warnings in the past and regretted it. I don’t know how long the drive would normally take, because there was a lot of stopping and photographing going on. We were on House Rock Road for at least 3 hours, for a 30 mile drive.

Here’s a stellar through the windshield photo of Jim at work. I spent most of the drive in the car due to a raging wind outside. Jim is impervious to the weather when he’s working. 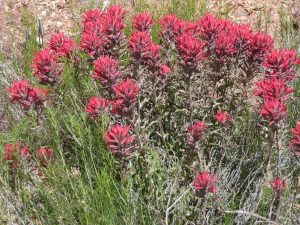 I spotted this spectacular Indian paintbrush and ventured forth to take a snapshot. These were all over the place, intermixed with globe mallow and lupine.

Last but not least is the photo in which my aim was off. My photo gray glasses get dark in the sun and then I can’t see the image in the LCD screen. So I literally point and shoot. This time I pointed way off, but I kind of like the photo anyway, so here it is. 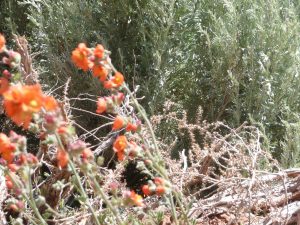 Globe mallow blurry in the wind 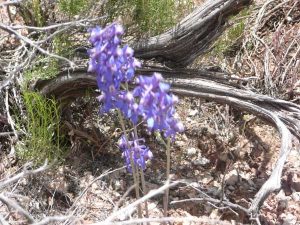 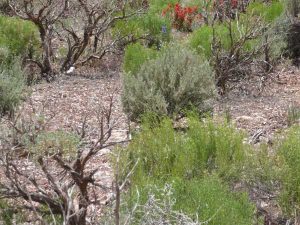