US Route 89 Roadside Attraction: Greeters at the Gates to Blackfeet Country 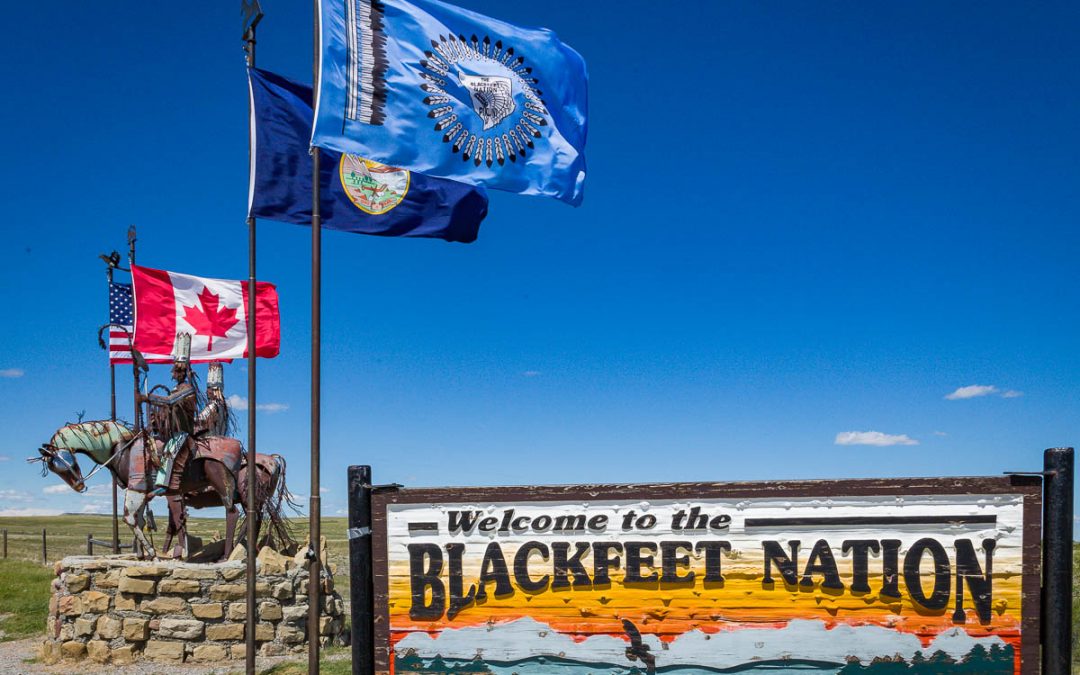 At each of the four entrances to the Blackfeet Indian Reservation in Montana, stand two warriors. They welcome visitors with dignity befitting their office as official greeters. They sit on their horses day and night through all kinds of weather with never a complaint.

These warriors are built from scraps of rusted cars which were destroyed in a flood in June of 1964. They stand on pedestals of stone that once formed the walls of the Two Medicine Catholic Mission built at the end of the 19th century.

The sculptor, Jay Laber, says that he followed the Native American tradition of using materials from the natural environment. In this case he used man-made objects that were left behind years ago to construct images of his Blackfeet culture.

Two of the four warrior sculptures are located on US Route 89. One pair stands just south of the Canadian border. They seem to be guarding Chief Mountain which is sacred to the Blackfeet. Another pair stands at the southern entrance to the reservation about 24 miles southeast of Browning.

To learn more about visiting the stretch of Highway 89 where the Blackfeet Warriors are located, go to the Browning to Canada Road Trip Guide on the US Route 89 Appreciation Society website. 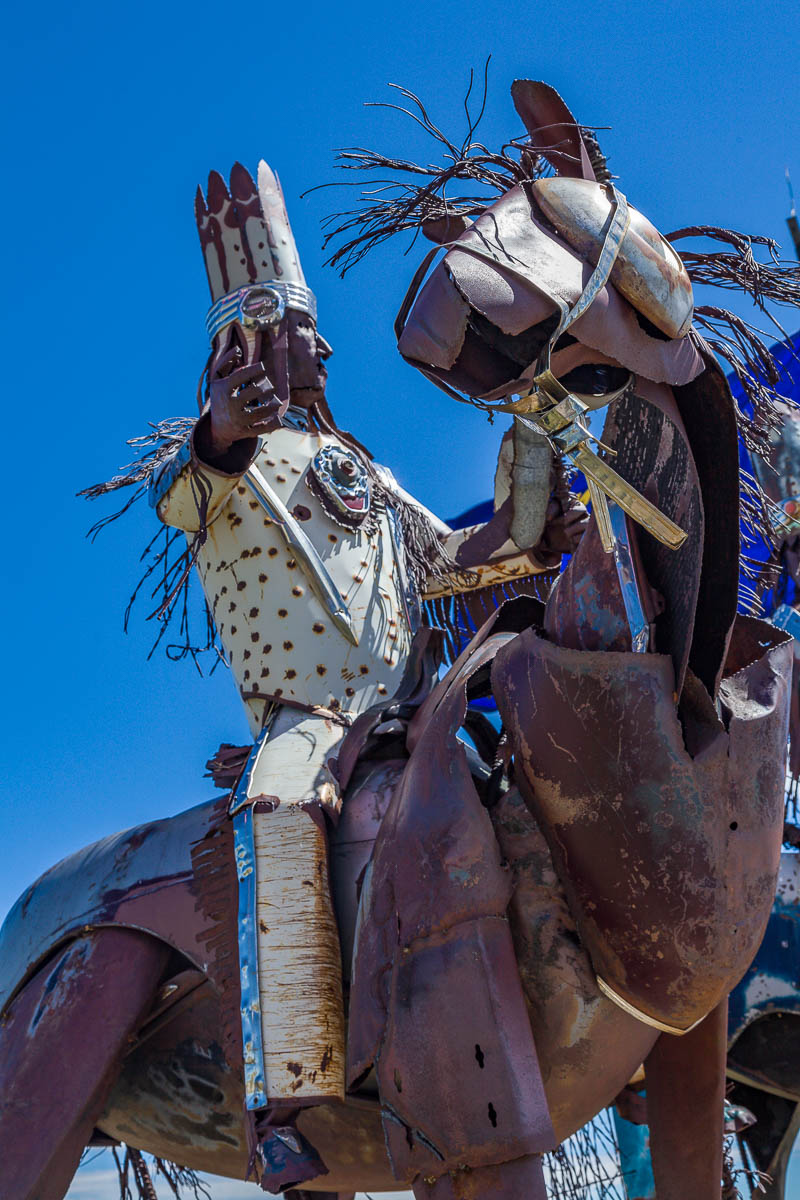