A Western Journey by Thomas Wolfe 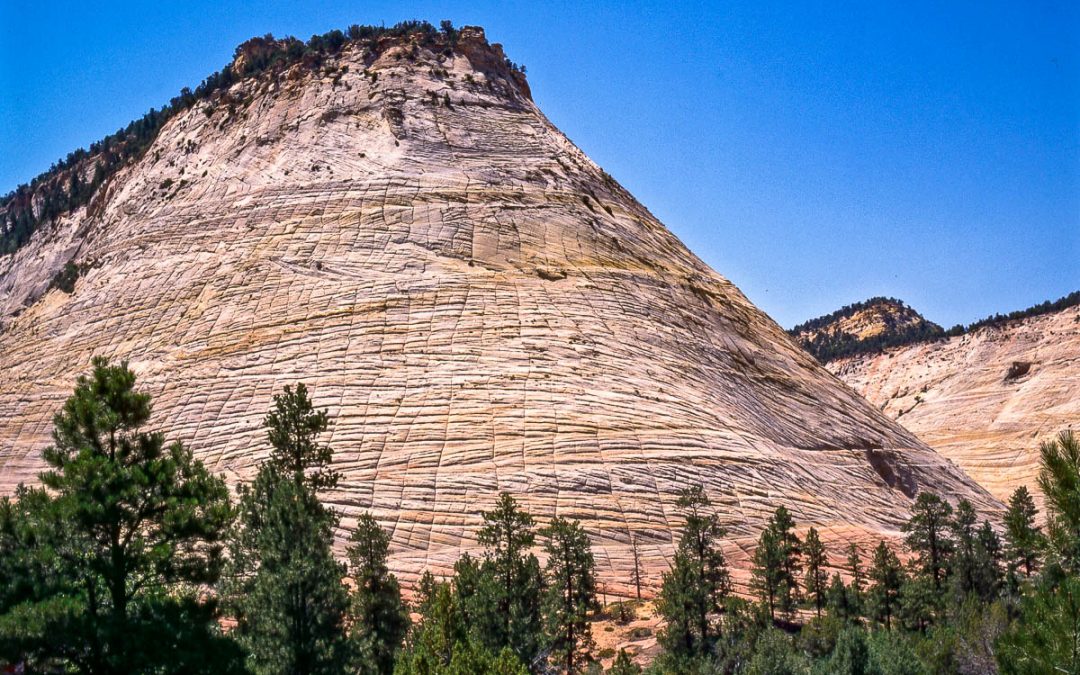 Thomas Wolfe was an acclaimed author best know for Look Homeward, Angel. In early 1938, he had just delivered two lengthy manuscripts to his publisher. He was 38 and needed a break from writing so he decided to make a trip out west to a part of the country he had never seen. When he arrived in Portland he was invited to accompany two gentleman who were taking a trip meant to show that the average family could visit all eleven western national parks in a typical two-week vacation. A Western Journey is his record of that road trip.

On June 20, 1938, they left Portland, Oregon, and traveled to California, Nevada, Arizona, Utah, Idaho, Wyoming, Montana and Washington ending in Seattle on July 2nd. While Edward Miller of the Oregonian newspaper and Raymond Conway of the Oregon State Motorist Association traded off driving, Wolfe who had never learned to drive sat in the back seat recording his impressions in a journal.

As I was reading the section of the journal that deals with the trip between Grand Canyon National Park and Glacier National Park, his descriptions conjured up vivid memories of our trips along US Route 89. For those of you who have driven Highway 89, you will recognize these places in his words. For those planning a road trip, this is what you have to look forward to. Let me quote a few passages to show you what I mean. (Note: Wolfe called the Grand Canyon “Big Gorgooby.”)

Between Cameron and Navajo Bridge:

“Then away, away again—good road, bad road, good and bad again by the demented and fiend-tortured redness of vermilion cliffs: red, mauve, and violet, passing into red again. Now the gorge of Big Gorgooby—the Navajo Bride and the Gorgooby, brown-red-yellow, a mere 1,000 feet or so below.” 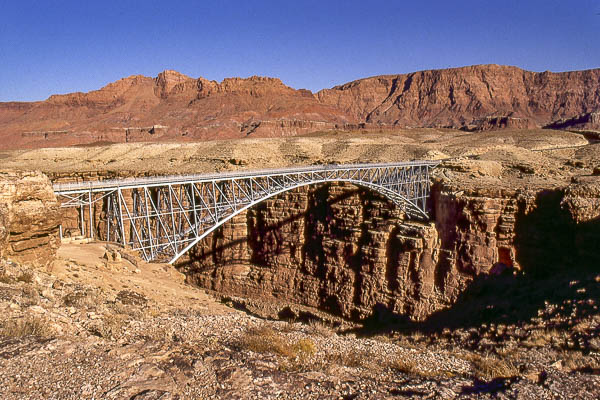 Navajo Bridge on US 89 as Thomas Wolfe would have seen it.

“Now we are on the canyon road and climbing, and now pink rock again, strange shapes and scarrings in the rock, and even vertices upon huge swathes of stone, and plunging down now in stiff canyon folds and sheer solid souplike block of salmon red again—deeper, yet not so fierce and strange as the Grand Canyon earth—and towering soap-stone blocks of red incredible. Now through a tunnel, out and down and down, and through the great one spaced with even iridium in the rock that gives on magic casements opening on sheer blocks of soapstone red. Then out again in the fierce light and down round dizzy windings of the road into the canyon’s depth. There the Virgin River (how sweet to see sweet water sweetly flowing here between these dizzy soapstone blocks of red) and red the bindings of the river by the soapstone walls of block, fierce red.”

Towers of the Virgin in Zion National viewed from the Mt. Camel Highway

“There we stand in setting sun, looking out and down upon the least dizzy and least massive of the lot, but perhaps the most astounding: a million wind-blown pinnacles of salmon pink and fiery white all fused together like stick candy—all suggestive of a child’s fantasy of heaven.” 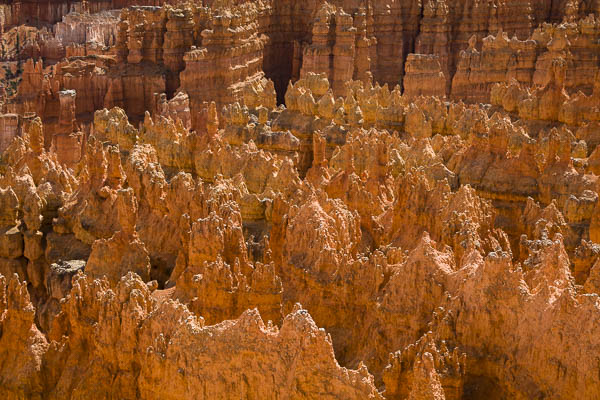 “Up through the sweetness of the Teton Forest, by a winding single road, and then the immediate beginning of Yellowstone. The ride up through hemlock, pine, and spruce trees and then the Thumb of Yellowstone, the Paint Pots, and the boiling waters, sinister, grotesque, like a shimmering unbedded river moving through hot oatmeal. Then the vast bouquet of Old Faithful, and the crater lid, volcanic, the earth rising from a hundred holes, the hot boiling, overslipping of the pot, and then the vast hot plume of steam and water. The people watching—middle-class America watching—kids, old men, women, young men, women—and again the hot plume, the tons of water falling and the hot plume dipping once again.” 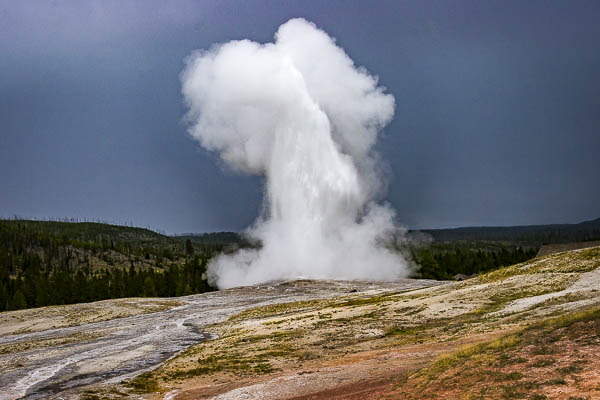 “Through the big barks and into the canyons—and presently the Glacier Park Hotel. A sandwich there and up St. Mary’s Lake to Babb—then, back again and from St. Mary’s crossing along the gorge to the Going-to-the-Sun Highway and the stupendous hackled peaks now—the sheer basaltic wall of glaciation, the steep sloping down below, the dense vertices of glacial valley slopes and forest—and climbing, climbing to the Logan Pass. So down again terrifically, and the glacial wall beside, the enormous hackled granite peaks before, the green steep glaciation of the forest, the pouring cascades, and the streams below. And down and down the marvelous road into the forest, and down and down to McDonald Lake and the hotel. All very tired and very sleepy—and so to bed!” 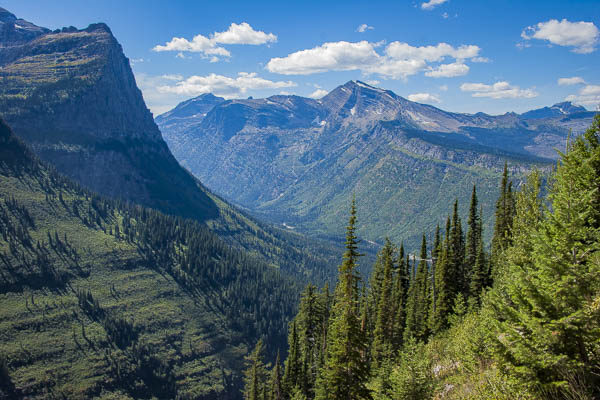 The story has a sad ending, A couple of days after end on the trip, Thomas Wolfe contracted pneumonia and died nine weeks later. The journal was found in his luggage and published posthumously. A short version of A Western Journey was published in the literary journal, VQR, which you can read online. A fine essay with photographs from Thomas Wolfe’s final journey is available on VQR Online.

There is no doubt that Thomas Wolfe was a fine writer and I am glad that he left us with this journal of his road trip on US Route 89.